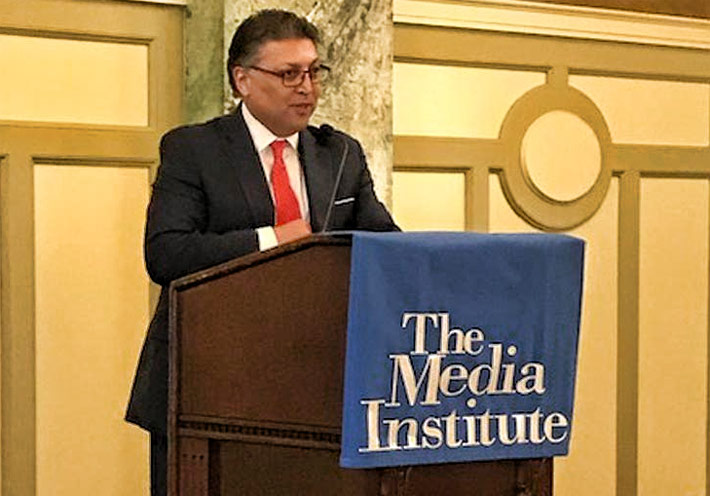 State officials will “wreak havoc” on companies’ ability to merge if they disagree with federal regulators and block deals on their own as 10 states are trying to do with the T-Mobile/Sprint marriage, the chief antitrust official of the Justice Department said during a speech to the Media Institute in Washington D.C. yesterday.

Assistant Attorney General Makan Delrahim’s surprising swipe at the state attorneys general came as a federal judge in New York is considering whether to block the $26.5 billion merger.

Delrahim said the government’s position isn’t that states don’t have authority to enforce merger laws, but that courts shouldn’t block a deal or approve a settlement that is “incompatible with the relief secured by the federal government.”

“This is the only position that makes practical sense, given the statutory structure enacted by Congress for merger review.  Because what is the alternative?  That any state, or even any individual, can undo the nationwide relief secured by the federal government and approved by a federal court?” said Delrahim. His speech is available here.

On Tuesday, T-Mobile and Sprint urged a D.C. federal court to decide whether it’s going to clear the carriers’ deal with the U.S. DOJ that would allow the merger to move forward.

The filing said that the records before the court confirm that the proposed final judgment is in the public interest and no further process is needed.

“Defendants respectfully submit that an evidentiary hearing is not necessary and request that the Court enter the Final Judgment as expeditiously as possible,” the filing requested.