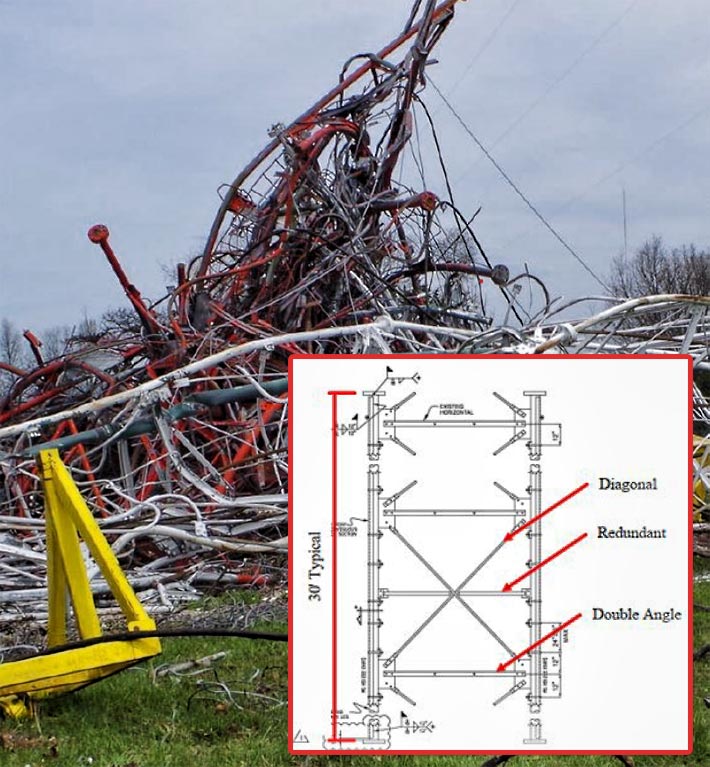 The family of the owner of a tall tower erection company killed when a 1,891-foot TV tower collapsed near Fordland, Missouri in 2018 has filed a wrongful-death lawsuit against the Missouri State University Board of Governors (MSU) and South Carolina-based Tower Consultants, Inc. (TCI) who contracted with MSU to retrofit their structure as part of the FCC’s repacking effort.

Steve Lemay, 56, of Washington state, died when a tower used to broadcast KOZK Ozarks Public Television collapsed while Lemay’s crew was reinforcing the structure on April 19, 2018. His firm had been hired by TCI to perform the tower work.

On Thursday, Lemay’s wife and children filed a lawsuit claiming MSU which owned the tower, is liable for maintaining a “dangerous condition” on its property and that led to Lemay’s death.

The Lemays are asking for damages to compensate them for Lemay’s pain and suffering as well as medical, funeral and burial expenses.

The other defendants in the lawsuit are TCI’s President Jean Lecordier, Jiantao Yu, Moses Berry and William Barnhard, all agents and/or employees of TCI, according to the petition.

The Lemays are also suing Doug Sampson who they state managed the project for MSU.

The lawsuit says that on the day of the collapse, the tower began making a strange noise, and Lemay ordered his employees to get down as quickly as possible while he tried to determine what was going on (View video).

Shortly thereafter, the lawsuit says, the tower collapsed into a twisted heap of mangled steel. Lemay was still within the frame when the tower went down, and he was killed. The other employees were able to escape without serious injuries.

The lawsuit says the defendants were negligent:

The Lemays’ lawsuit will rely upon an OSHA investigation report that had two key findings:

However, the defendants might also bring up two other findings in the report that:

1) Lemay used an undersized come-a-long while removing the diagonal braces.

The full report is available here.

The collapse resulted in the closure of Lemay’s Seattle, Washington-based business, and its assets have been sold.