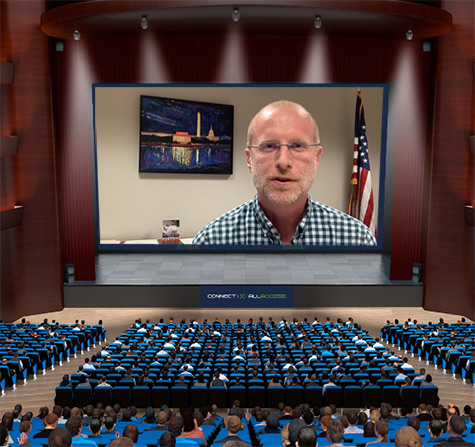 The ruling will address state and local approval of wireless equipment modifications and clarify the definition of “substantial change”.

“At Connect (X): All Access, WIA offered a virtual standing ovation to Commissioner Carr for announcing FCC plans to clarify its rules to promote network upgrades on existing towers and other wireless sites. WIA has advocated for streamlining colocation because our members are seeing that, in some cases, Congress’ goal of making it easier to collocate equipment on existing wireless sites is being stymied in practice,” said WIA President and CEO Jonathan Adelstein.

“5G deployment requires a massive amount of additional colocation for network upgrades and expansion. The FCC’s action will strengthen competition, support FirstNet and public safety, improve wireless in rural and underserved areas, and increase the resiliency of our wireless networks. We thank Commissioner Carr for his steady leadership and the support of the Commission for paving the way for next-generation wireless services, giving America another leg up in the race to 5G. WIA also thanks Chairman Pai for his unwavering support for 5G deployment. WIA looks forward to the Commission continuing to move forward swiftly to strengthen our nation’s networks at a time when consumers are relying on them more than ever,” said Adelstein.

“The 5G platforms you all are building are already changing the lives for every-day Americans.”

“Almost any of the buzzy inventions that America is working on today won’t work or won’t work well without 5G.”

“If this pandemic has taught us anything, it’s how important staying connected is for work, for distance learning, and for telehealth.”

Carr said the FCC will clarify “60 days [for shot clocks] means 60 days,” and “what equipment can go on the existing structure.”

“We then emphasize the distinction between concealment elements and other conditions of approval that relate to aesthetics. Finally we seek comment on additional issues that touch on the expansion of existing sites. This will allow local governments and tower crews to focus their efforts on projects that merit more detailed review.”

“Carr said the Order is “informed by months of engagement” from “WIA and CTIA whose petitions we address in the decision.”

“To attendees, he said, “We’re grateful for your continued participation in the process as we all seek to upgrade America’s wireless networks and extend U.S. leadership in 5G.”

“On behalf of the Association’s over 980 member companies who enable wireless connectivity, NATE commends Commissioner Carr for his ongoing leadership in helping spearhead initiatives that will streamline 5G deployment in the United States. The measures outlined in Commissioner Carr’s 5G Upgrade Order will serve to help scale 5G in the country and allow more communities, enterprises and citizens to experience the benefits of next-generation wireless technology,” said President & CEO Todd Schlekeway.

“I have to salute WIA and all of its members for stepping up even before the pandemic…The foundation for success was laid by your members…They put in the hard work, raised the funds, deployed the work crews, and built the networks.”

“On Section 6409, the chairman said, “Now it’s time for the FCC to do its part by breathing more life [into the law,]” mentioning a “bottleneck if we don’t reform our rules.” Ultimately, he referred to a “More consistent, more certain set of rules by which every level of government has to play.”