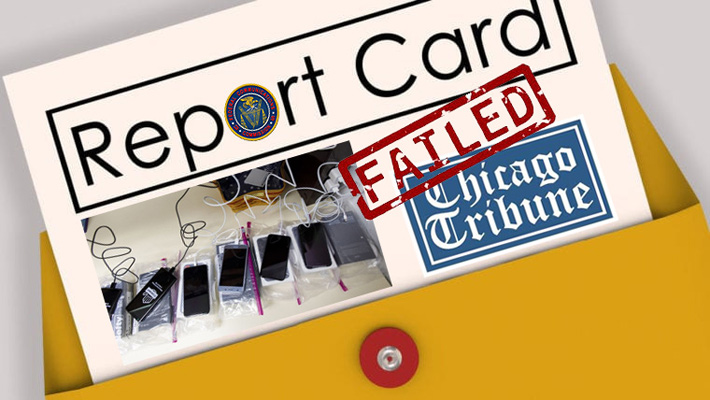 Citing the newspaper’s article, a new class-action lawsuit against Apple and Samsung was filed two days later by a “justice” hungry law firm, alleging the cell phone makers “intentionally misrepresented” the safety of the devices.

Be careful what you ask for

After the Tribune provided the FCC with their test results following their investigation, the agency said it would take the rare step of conducting its own testing.

It did and in December the FCC put a damper on the Tribune’s data when it completed its testing of eight different smart phone models that the newspaper tested and found them to be in compliance.

In a report issued December 10, the FCC said it “takes claims of non-compliance with its regulations seriously and commenced its own testing program of the implicated handsets to determine if those handsets comply with the FCC rules as asserted by the manufacturers or if they are indeed operating over the RF exposure limits as claimed by the Chicago Tribune.”

They concluded that samples tested at the FCC’s Laboratory in Columbia, Md. “did not produce evidence of violations of any FCC rules regarding maximum RF exposure levels.”

After their year-long investigation appeared to have been dashed, the Tribune posted another article on a Friday evening 10 days later stating that the cell phones complied with federal limits on RF.

Two longtime critics of the FCC’s cell phone testing said they were not won over by the agency’s results. They criticized the FCC for relying on manufacturers to supply most of the phones tested and the testing software.

A spokesman for the FCC, according to the Tribune, said that using the companies’ software was necessary to achieve accurate results.