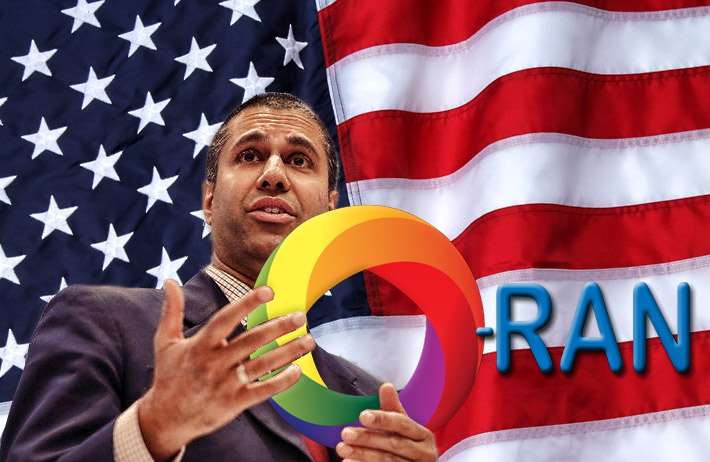 “Here’s what I can say with confidence: innovation and competition make for a stronger, healthier telecom ecosystem. That’s why so many are excited about Open RAN’s potential.” – FCC Chairman Ajit Pai

The FCC convened the top experts in the field yesterday in a ground-breaking virtual event to discuss the benefits of an Open Radio Access Network (O-RAN), the challenges of implementing it, and the lessons learned from recent deployments.

FCC Chairman Ajit Pai lead the all-day sessions that included aroster of public- and private-sector experts who discussed the current state of O-RAN-related technologies and the path ahead.

Traditionally, wireless networks rely on a closed architecture in which a single vendor supplies many or all the components between network base stations and the core, Pai said.

“But Open RANs can fundamentally disrupt this marketplace.  We could see an exponential growth in the number and diversity of suppliers.  We could see more cost-effective solutions.  And critically, we could see the keys to security in the hands of network operators, as opposed to a Chinese vendor.  All this may explain why some telecom companies are beginning to develop and deploy open, interoperable, standards-based, and virtualized radio access networks,” Pai said.

Secretary of State Michael Pompeo kicked off the event emphasizing the danger of relying on Chinese suppliers, such as Huawei, for much of the equipment at the heart of American 5G networks.

Pompeo said the security benefits and transparency behind open RAN technology are what excite him the most.

During Commissioner Jessica Rosenworcel’s remarks she said that the 5G cybersecurity challenge is much bigger than simply dealing with a few Chinese companies.

“Restrictions on Huawei and ZTE are a minor fix for a much larger problem. While we can ban a few specific products, services, or companies, no country can isolate itself completely when we are connected worldwide,” Rosenworcel said.

She said that Congress should pass legislation allocating $750 million for O-RAN research and development.. Rosenworcel also argued that the FCC should consider offering O-RAN “incentives” to U.S. companies that use government money to rip out their existing Huawei equipment and replace it with O-RAN architectures.

American Tower was one of nine companies who have recently joined the Open RAN Policy Coalition, bringing the total number of members to 54.

Yesterday’s forum on open radio access networks will be available to watch on video here.