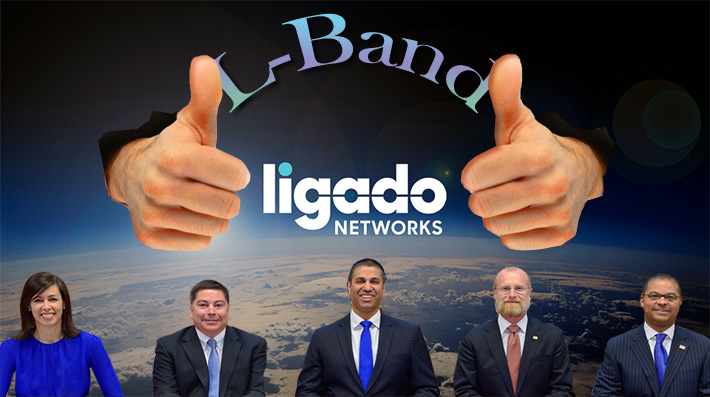 The order approving Ligado’s application was adopted without dissent by FCC Commissioners. However, at a June 24 hearing of the Senate Commerce, Science, and Transportation committee, Commissioner Jessica Rosenworcel said that she would entertain a pause order.

The Commission unanimously approved Ligado’s plan despite strong opposition from the Pentagon and its supporters who say the company will harm global positioning system usability for both government and commercial users.

Despite concerns raised by numerous federal agencies, the FCC decision threatens the reliability of GPS for millions of Americans, including farmers and ranchers, who rely on these technologies each and every day, the letter stated.

As members of House Agriculture Committee, Congressman Peterson, Thompson, and Comer expressed serious concerns related to the inevitable service disruptions that will follow for the precision agriculture industry.

“Reliable GPS signals are what enable farmers and ranchers to make full use of the precision agriculture technologies that help them be more efficient and implement conservation practices for good soil and water health,” said Rep. Peterson. “GPS is also a critical safety feature for the aviation industry and as a pilot, any interference to its reliability is of grave concern. The decision by the FCC risks serious disruptions to GPS signals that Americans rely on every day”

“GPS technology has revolutionized the agriculture industry for decades, bolstering efficiency, providing substantial economic impact, and slashing operating costs,” said Rep. Thompson. “To ensure there are no unnecessary disruptions to production, our farmers deserve the peace of mind that comes with reliable 5G service.”

“A reliable GPS network is critical to the ability of farmers, who are increasingly utilizing precision agriculture, to grow our nation’s food supply and provide for their own livelihoods,” said Rep. Comer. “While telecommunications improvements are certainly critical to moving our rural economy forward, we must ensure that the agriculture sector does not see service disruptions from new efforts to ramp up 5G services. The FCC must provide clarity on the Ligado decision and address the concerns of affected farmers.”

“America’s farmers and ranchers rely on precision agriculture technology and GPS so their farms and ranches can be more efficient, economical and environmentally responsible. Expanding broadband access is a top priority for Farm Bureau but not at the expense of losing the accuracy of GPS,” said Scott VanderWal, Vice President of American Farm Bureau Federation. “Farm Bureau thanks members of the House Agriculture Committee for sharing their concerns with the FCC on behalf of farmers and ranchers.”

“Our nation’s farmers, contractors, and consumers depend on the equipment our industry builds and on a reliable GPS connection to plant, harvest, construct, and move goods. The FCC’s recent Ligado order jeopardizes millions of devices,” said Dennis Slater, President, Association of Equipment Manufacturers (AEM). “That’s why we strongly support the bipartisan action taken today by Reps. Thompson, Peterson, and Comer and other members of the Ag Committee to address this threat by correcting that decision.”

In the order approving Ligado’s application, the Commission included stringent conditions to ensure that incumbents would not experience harmful interference.  For example, the Commission mandated that Ligado provide a significant (23 megahertz) guard-band using its own licensed spectrum to separate its terrestrial base station transmissions from neighboring operations in the Radionavigation-Satellite Service allocation.

Moreover, Ligado is required to limit the power levels of its base stations to 9.8 dBW, a reduction of 99.3% from the power levels proposed in Ligado’s 2015 application. The order also requires Ligado to protect adjacent band incumbents by reporting its base station locations and technical operating parameters to potentially affected government and industry stakeholders prior to commencing operations, continuously monitoring the transmit power of its base station sites, and complying with procedures and actions for responding to credible reports of interference, including rapid shutdown of operations where warranted.