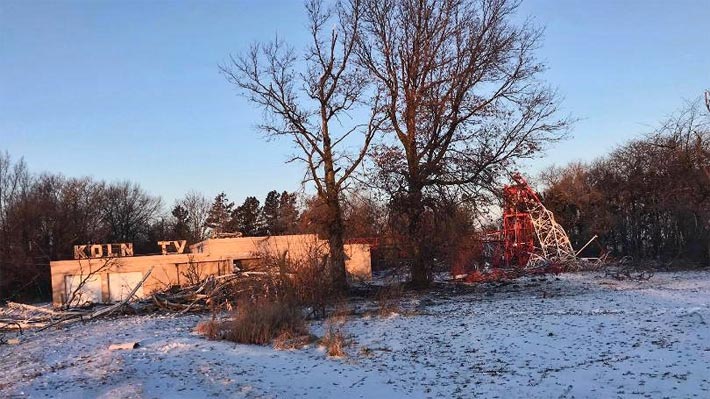 Service has been restored to the majority of Channel 10/11 viewers in Nebraska who lost signal when a KOLN tower collapsed early Saturday morning, but some over-the-air viewers may still be unable to receive their signal.

The main KOLN tower in rural Beaver Crossing, collapsed during a severe ice storm. There were no injuries when the 1,500-foot guyed tower fell to the ground.

“First and foremost, no one was at the tower site, so there were no injuries. We are so thankful for that,” said Vice President & General Manager Shannon Booth in a statement.

Most of 10/11’s carriage partners including Spectrum have reestablished connection. And Lincoln area over-the-air viewers just need to re-scan to restore the KOLN channel 10 lineup.

The station’s carriage partners worked quickly Saturday to get their streams back up.

Viewers outside the Lincoln metro area in the eastern part of the 10/11 viewing area, who previously relied on the Beaver Crossing tower, may continue to be unable to receive the signal.

Booth added, “Fortunately we have multiple streams, additional towers and alternative delivery methods. We thank our 10/11 viewers – the best around – for hanging in there with us.”