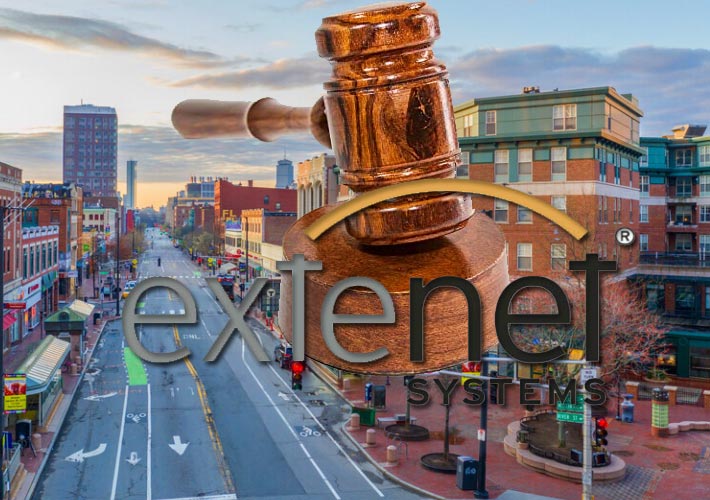 ExteNet Systems failed to convince a US District Court Judge that they were discriminated against in Cambridge, Massachussets

In a ruling yesterday, US District Court Judge Allison Burroughs dismissed a lawsuit by ExteNet Systems against the City of Cambridge, Massachusetts and its Pole and Conduit Commission over the commission’s decision to reject five of the ExteNet’s proposed small cell wireless installations in the city because its applications did not specify how the company would power the wireless devices or how data would be fed into them.

Burroughs’ ruling said that because ExteNet sought to remove the city’s existing streetlight poles in favor of its own structures, the shot clock was set on 90 days, but the commission denied Extenet on 117 and 118 days. However, it was not considered a violation since ExteNet had agreed to toll the shot clocks until that time.

ExteNet argued that the commission’s final decisions, however, were untimely because they were based on the alleged incompleteness of the application, and the city failed to notify the company of the incompleteness with the 10 days provided by FCC guidance.

The ruling noted that ExteNet failed to show how not answering questions about how it would provide power and data connectivity to the new poles is discriminatory or prevents the company from competing in Cambridge.

“ExteNet fails to allege that similar service providers have been allowed to build unpowered small wireless facilities. ExteNet ‘builds, owns, and operates wholesale, neutral-host distributed network facilities that improve the coverage and capacity of existing and new wireless networks.’ AT&T is a personal wireless service provider that pays ExteNet to use its facilities. By ExteNet’s own admission, AT&T and ExteNet are not functionally equivalent providers, ExteNet fails to state a claim for unreasonable discrimination under the TCA by claiming that the Defendants would allow an application from AT&T, but not from ExteNet,” Burroughs said in her ruling which is available here.