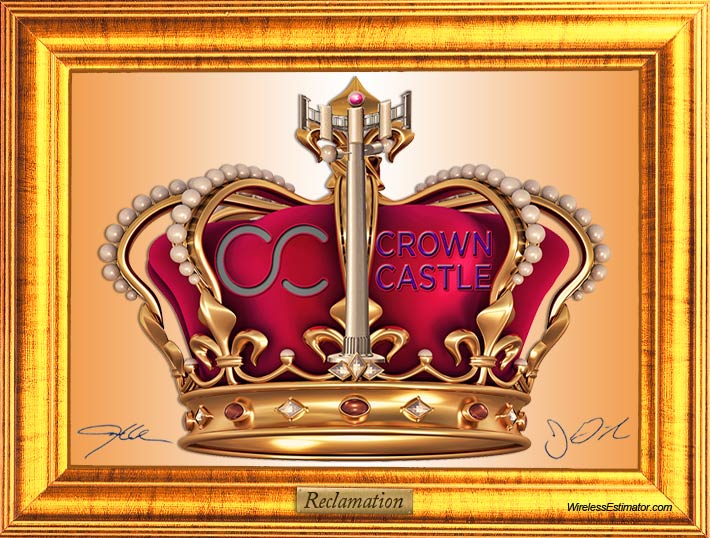 Although Elliott Management Corp. doesn’t make Crown Castle International Corp.’s top ten list of institutional investors, a $1 billion investment in the Houston, Texas-based communications infrastructure giant could allow the tail to wag the dog, especially when Elliott pounds the public relations pavement as it did yesterday in a press release, castigating Crown for its underperformance in its $16 billion investment in fiber.

Elliott said that it had been engaged in communications with Crown for over a month, but decided to make their concerns public by releasing their correspondence to Crown’s Board of Directors. It also set up a website solely focused upon “Reclaiming the Crown.”

Elliot has outlined its reclamation plan, which identifies:

Elliott, an activist investor, last October heralded AT&T’s three-year strategic investment plan, much of it promoted by Elliot, such as no new major acquisitions, two new board members and selling non-core assets.

In a response yesterday, Crown maintained that it has generated significant returns for its investors. However, the company left the door open to continued negotiations with Elliott.

“While we firmly believe our strategy best positions Crown Castle to deliver near- and long-term value creation, we remain open to having continuing dialogue with Elliott, as we do with all shareholders,” Crown argued.

Some Wall Street analysts disagreed with Elliott’s plans for Crown Castle, according to LightReading.

“We believe Elliot’s proposal could support a higher stock price for Crown Castle in the near-term, but it would come at the expense of long-term growth,” wrote the analysts at New Street Research in a note to investors Monday.

“There may be room for Crown Castle to shift strategy to improve fiber segment returns, but given the outlook for small cells growth and the sunk costs of the fiber Crown has already acquired, we don’t believe Crown should abandon their small cells business.”