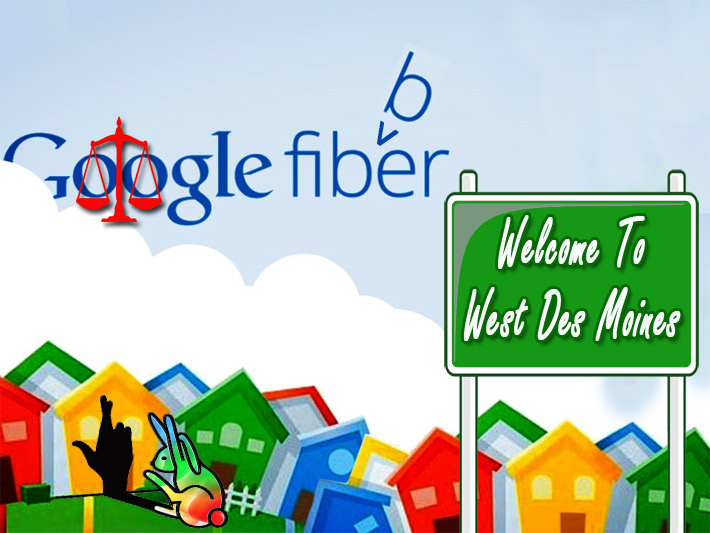 West Des Moines, Iowa approved a $50 million project to build a fiber network under the city and then secretly worked out a deal to give Google Fiber exclusive access to the conduit network, according to a lawsuit filed by MCC Iowa LLC, a subsidiary of Mediacom Communications Corporation.

The complaint against the city and the West Des Moines City Council argues that $42.8 million in taxpayer-backed financing bonds were used with minimal voter oversight and input to primarily benefit Google since the arrangement that the city made with Google “prohibits any other [internet service providers} from using virtually the entire conduit network for years to come”.

Amongst other charges, Mediacom alleges in the complaint filed last week that:

The city has previously stated that other internet service providers would have access to run their fiber optics through the city conduit, and that Google Fiber would be the first signed tenant of the city conduit, paying the city $2.25 per month for 20 years per broadband customer.

Mediacom states in the complaint that the city is providing Google with exclusive rights to use each section of the conduit network for 18 months after the section is completed.