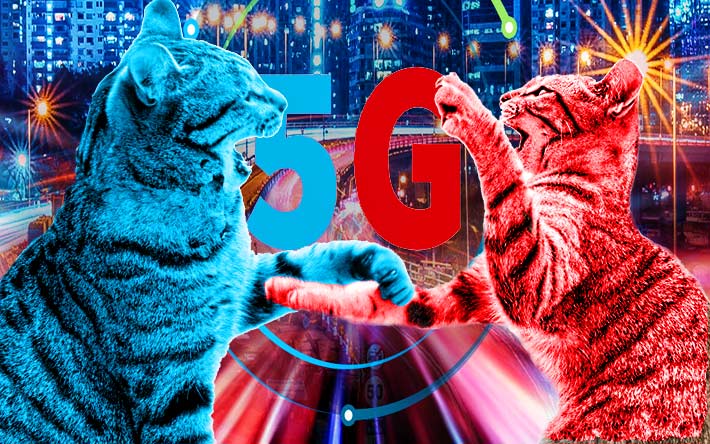 CARRIER AD COPY CAT FIGHT – AT&T challenged two of Verizon’s 5G commercials. The NARB decided that consumers didn’t understand what “powerful” meant in the carrier’s message that “Verizon is building the most powerful 5G experience in America,” and asked Verizon to discontinue the claim. In August, T-Mobile was chastised by the National Advertising Division for making 5G claims that big magenta said it would appeal to the NARB. Those charges were brought by Verizon.

A panel of the National Advertising Review Board (NARB), a division of BBB National Programs, has recommended that Verizon Communications, Inc. discontinue the claim that “Verizon is building the most powerful 5G experience for America.” This claim appeared in two television commercials — “NFL: 5G Built Right,” which focused on Verizon’s installing its 5G network in the home of the New England Patriots, Gillette Stadium, and in “5G Built Right: Madison Square Garden,” which highlights Verizon installing a 5G network in Madison Square Garden in New York City. The two commercials were challenged to the National Advertising Division (NAD) by competitor, AT&T Services, Inc. (“AT&T”).

Verizon appealed NAD’s finding (Case No. 6364) that the claim, “Verizon is building the most powerful 5G experience for America,” in the context of the two commercials, delivered a “present tense message” (i.e., that 5G is available now) as well as a “future” communication (that 5G will be available at  later date). According to Verizon, the “present tense message” is limited to the stadiums shown in the commercials and makes clear Verizon 5G service is not widely available at present. Verizon also appealed NAD’s interpretation of “the most powerful 5G experience” in the challenged claim to be an unqualified superiority claim (i.e., referring to consumer relevant metrics, including speed, coverage, and reliability, as well as metrics related to voice and text).

The NARB panel also determined that the evidence in the record does not clearly demonstrate what consumers understand “powerful” to mean in “the most powerful 5G experience” in the contexts shown. The panel found that the claim “most powerful” conveys a broad superiority message and that the advertiser would need to demonstrate consumer understanding of the term “powerful” in order to make the claim.

The panel therefore concluded that absent this evidence of consumer understanding of the term “powerful,” Verizon did not have proper support for the claim “Verizon is building the most powerful 5G experience for America” and recommended that it be discontinued. The panel did note, however, that the claim would have been supported had it been non-comparative because the evidence in the record demonstrated that Verizon’s future 5G network when generally available will provide the essential network metrics, whether one accepts NAD’s interpretation or Verizon’s interpretation of “powerful.”

In its advertiser’s statement, Verizon noted that while it disagreed with the NARB’s conclusion that the “most powerful” claim was not substantiated, it agreed to comply with NARB’s decision, noting that it is “pleased the NARB found that Verizon substantiated the claim it is ‘building a powerful 5G experience for America’, and overturned NAD’s conclusion that certain claims were implied.”