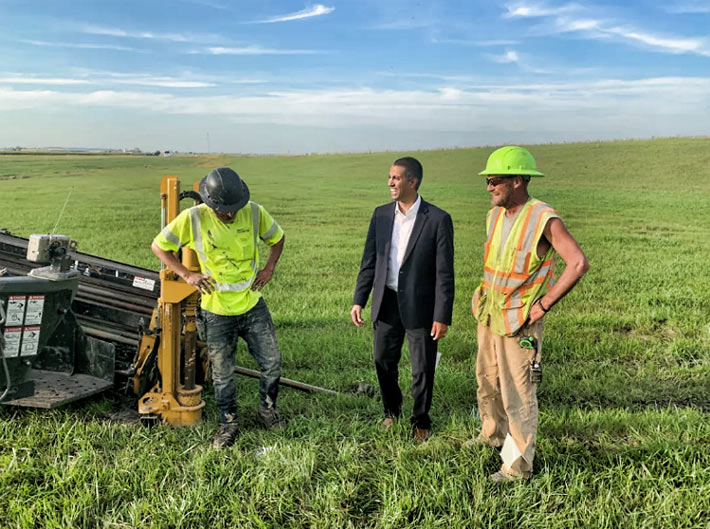 Federal Communications Commission Chairman Ajit Pai has announced the final rules associated with the new $20.4 billion Rural Digital Opportunity Fund. The rules, are slated to be voted on by FCC Commissioners at the agency’s January 30 Open Meeting.

NATE today released the following statement on the FCC’s announcement related to the fund.

“In April 2019, NATE representatives participated in a major industry event at the White House where FCC Chairman Ajit Pai used the occasion to unveil his vision regarding the Rural Digital Opportunity Fund. Closing the digital divide is a top priority for NATE and today’s announcement related to the release of the Rural Digital Opportunity Fund final rules and upcoming FCC vote serve to make this important fund closer to becoming a reality,” said Executive Director Todd Schlekeway. “NATE member companies are on the front lines on a daily basis deploying the broadband and related-infrastructure to rural and underserved areas of the United States, and the Rural Digital Opportunity Fund will ultimately facilitate closing the digital divide by expanding access to the broadband networks these rural homes and businesses need at the high-speeds they deserve,” added Schlekeway.

According to the FCC, the Rural Digital Opportunity Fund would allocate $20.4 billion through a reverse-auction format to connect millions of rural homes and small businesses to high-speed broadband networks. The Fund would target areas that lack access to 25/3 Mbps broadband services in two stages. For Phase I, the FCC would target $16 billion to census blocks that are wholly unserved by broadband at speeds of at least 25/3 Mbps (census blocks where there is no such service at all). For Phase II, the FCC would use its new granular broadband mapping approach, called the Digital Opportunity Data Collection, to target unserved households in census blocks that are partially served by broadband at speeds of at least 25/3 Mbps (census blocks where some households have access to such service but others do not). Phase II would also include census blocks that do not receive winning bids in Phase I.