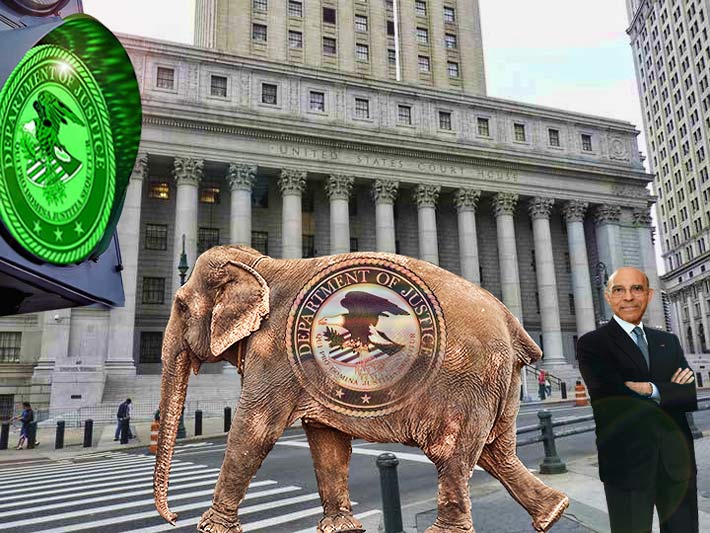 States opposing the T-Mobile merger have requested that U.S. District Judge Victor Marrero should ignore the FCC’s and Justice Department’s greenlighting of the merger. He acknowledged earlier in the trial, “The elephant not in the room is the Justice Department.”

Final arguments in the T-Mobile-Sprint merger lawsuit are slated for this Wednesday and it’s expected that U.S. District Judge Victor Marrero will issue a ruling in February.

Last week, states suing to block the $26.5 billion mega merger said in a filing that the deal’s previous approval by the Justice Department and the FCC shouldn’t carry any weight in deliberations and should be ignored by the judge.

“The federal government approved the merger with what appears to be only a cursory examination of the approval conditions,” the states said in their filing, and the decision was “inconsistent with its own past determinations rejecting similar four-to-three mergers in the wireless market.”

They noted that in 2011 the DOJ sued to block the proposed merger of AT&T and T-Mobile.

“The states have investigated and litigated hundreds of antitrust cases, often involving mergers,” they said in the filing.

The states requested that Judge Marrero, a Democrat, should decide the case on its merits, and enjoin the merger as anticompetitive.

Judge Marrero has asked questions throughout the trial that didn’t signal a clear preference to either side.

However, he acknowledged that the DOJ could affect the trial.

“The elephant not in the room is the Justice Department,” Judge Marrero said, noting in June that the department’s decision “may affect what is on the table and how long it will take to address the issues.”

Analysts at Wall Street firms are split on the merger’s success.

T-Mobile President and COO Mike Sievert  said earlier this month, “We know we have the right case. Right is on our side.”