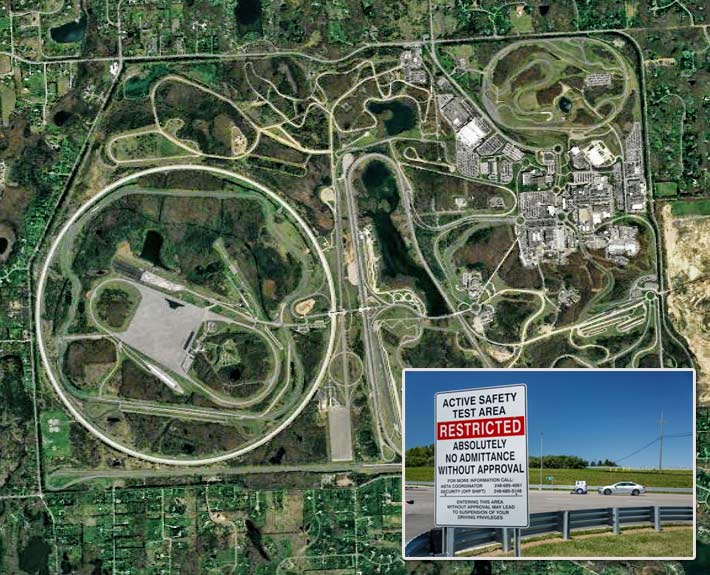 Many of the Township of Brighton’s breadwinners are employed by the General Motors Milford Proving Ground complex, but the Township’s Planning Committee denied two monopoles needed by GM and Verizon on the 2,000-acre site after less than 25 residents protested. A Sixth Circuit Judge vacated their decision and ordered permits to be issued.

A U.S. District Court Judge has ruled that the Township of Brighton, Michigan overstepped their authority in denying a Verizon application for two cell towers on General Motors’ 2,000-acre Milford Proving Ground complex that accounts for approximately 10% of the Township’s property.

The facility, built in 1924, has approximately 4,000 employees, many of them Brighton residents whose 2010 census identified a population of 17,791.

In a summary judgment in favor of Verizon, Judge Sean F. Cox ruled Monday that the Township should grant Verizon their two cell tower applications and issue the necessary permits since their reasons for denial were not supported by any substantial evidence.

The Township’s Planning Commission had denied Verizon’s applications in late 2018, primarily stating that the aesthetic impacts of the proposed towers and the effects the proposed towers would have on property values were supported by substantial evidence.

In his ruling, Judge Cox pointed out that individuals opposing the proposed towers did not present any witnesses at any of the public meetings that had any specialized knowledge that the towers could impact property values, such as appraisers or realtors.

He noted that it is also undisputed that the Brighton Township Tax Assessor does not make any adjustment reducing values for a parcel of real property based on its proximity to a cell tower.

Less than 25 residents lodged concerns in Brighton, and Judge Cox said that was not substantial evidence of aesthetics concerns as alleged by the Township.

Judge Cox said that in another Sixth Circuit decision regarding T-Mobile, it was explained that if such “generalized objections sufficed, any wireless facility could be rejected. Anyone who opposed a cell tower in their backyard could offer an excuse that it would be bad for the community, would not be aesthetically pleasing, or would be otherwise objectionable. But that by itself is not enough. There must be evidence. And not just any evidence – evidence that is substantial.”