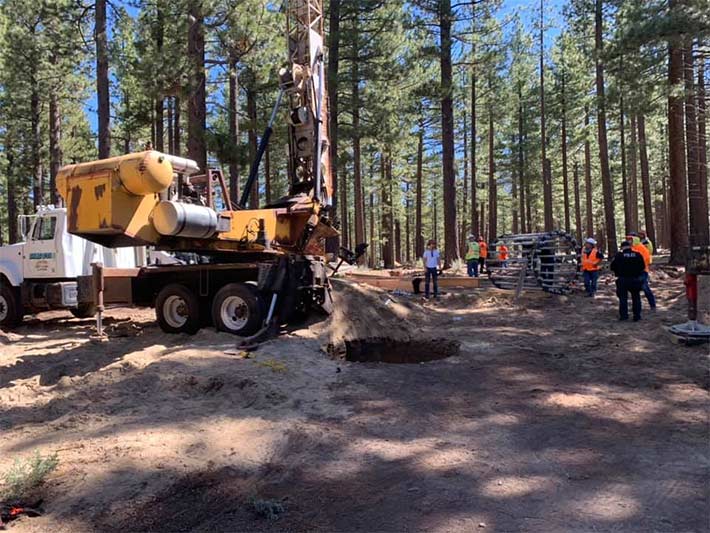 A foundation drill rig operator died yesterday morning in South Lake Tahoe, California while in the process of completing a drilled pier foundation for a 115-foot Verizon monopole to be erected off of Al Tahoe Boulevard just south of Lake Tahoe Community College.

Emergency personnel used a crane on site to lower two men to bring the injured worker to the surface where he was then transported to Barton Memorial Hospital where he was pronounced dead.

Authorities said they could not provide the name of the drilling contractor or any additional details to Wireless Estimator.

The deceased worked for a subcontractor of JFC Construction of Martinez, California. A spokesperson for JFC said that they would not be available to comment until Monday.