Justice is said to be blind but no one ever said it was fast, especially in the COVID-19 era where lawsuits are causing  the wheels of justice to move at glacial speeds. 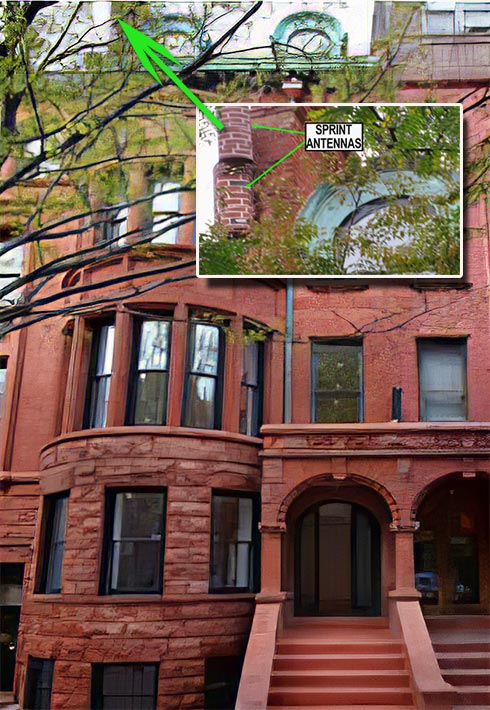 The owners of this Upper West Side NYC townhouse sued Sprint  and T-Mobile for unauthorized use of their property, breaching an eight-year-old agreement and causing damage to their $12 million home.

So a lawsuit that was filed by homeowners in June against Sprint and T-Mobile alleging that they installed 5G antennas on a Manhattan penthouse that caused damage to their unit would be expected to take a year or more to wind its way through evidence gathering, depositions and expected judicial delays.

However, in less than two months Sprint and T-Mobile settled the lawsuit, providing Gerald Kerner and his wife an offer they couldn’t refuse.

The Kerners and Sprint and T-Mobile have reached a settlement for an undisclosed amount. The plaintiffs were asking for a minimum of $2 million for the property damage and failing to take corrective action after the carriers were informed that their antennas caused damage to their Upper West Side townhouse.

The couple also alleged that the antennas were installed on their wall and were exposing them and other occupants to “illegal levels of RF electromagnetic radiation in violation of permissible federal limits.”

In their lawsuit the Kerners said that the installation differs from Sprint’s construction plans filed as part of its permit applications.