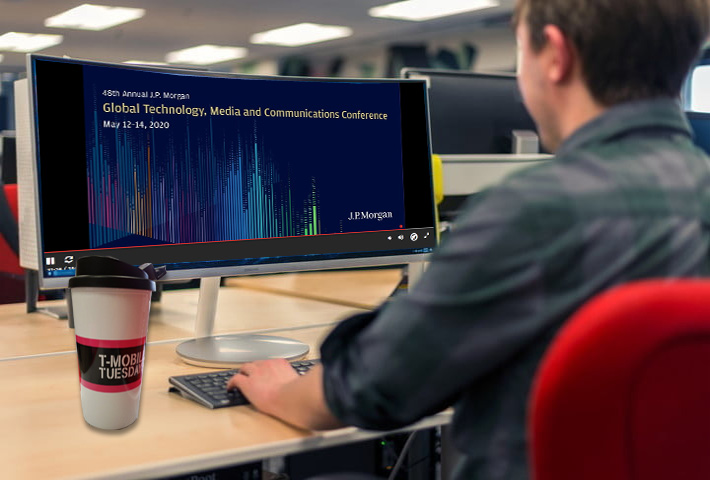 Even with COVID-19 constraints, T-Mobile is upgrading 1,000 existing sites per month and will be expanding its nationwide macro base station footprint by 15,000 towers during the coming years, said Neville Ray, the carrier’s president of technology during a J.P. Morgan investor conference Tuesday.

“So far, so good,” he said. “We are ramping up in this environment and not actually slowing down.”

He also said that by this summer, T-Mobile expects to increase the number of sites per month that will receive 2.5GHz radios.

T-Mobile is in active discussions with tower companies to build an additional 15,000 sites to reach their goal of 85,000 macro sites.

“We’re looking to drive some healthy competition between those folks, and there’s a big opportunity for those that want to partner with us,” Ray explained.

T-Mobile CEO Mike Sievert said that the operator’s 5G buildout won’t rely exclusively on its lowband 600MHz and midband 2.5GHz spectrum licenses. While in the process of closing its Sprint merger, T-Mobile spent roughly $1.7 billion collecting mmWave spectrum licenses across the country during the FCC auctions.

Outlining the carrier’s CAPEX plans, Sievert said T-Mobile’s 5G network is “the highest capacity wireless network that’s ever been built” and “we have a fully funded business plan where we intend to plow $40 billion into capital over the next three years, $60 billion over five years, so we’re all over it.”

During last week’s Q1 earnings call, Ray said rolling out 2.5GHz would take some time and he wished they could roll it out “overnight.”

“It’s going to take us months and into years to get that program fully complete across the nation. But as we do that and as capacity becomes available then we’ll start to look at delivering that broadband capability to our customers as we’ve outlined in our deal advocacy and our business plans. It’s a very material part of how we see shaping the competitive landscape as we move forward. Probably not too much this year, but I’m hopeful that we’ll be making some inroads next year and beyond,” said Ray.