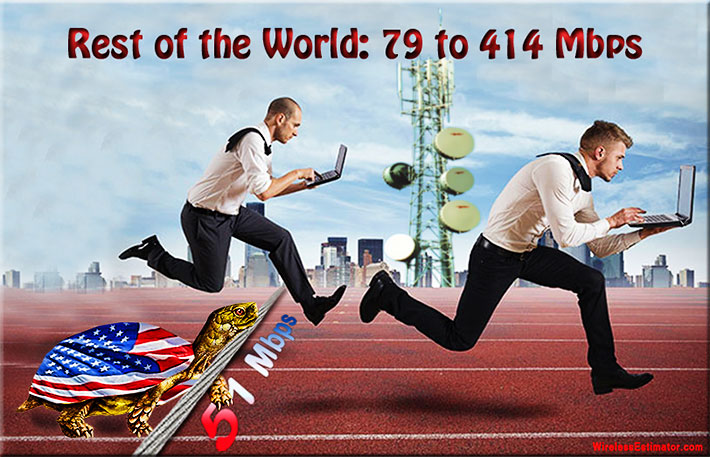 Compared to other countries, the U.S. has lost the race to 5G regarding download speeds offered, so much so that in some countries 4G speeds are faster than two of the three major carriers that are touting their 5G offerings.

Last week the BBB took T-Mobile to task, stating that it should modify its claims to more clearly identify the metrics in their advertising why their 5G is superior to 4G. The agency also noted that Verizon had superior 5G speeds. Opensignal also noted their superior speeds of any carrier in the world.

A new report from Opensignal on August 26, however, showed embarrassingly weak 5G download speeds for U.S. carriers compared to 12 of the world’s leading 5G markets, ranking with the lowest speed at 50.9 Mbps. Saudia Arabia captured the top speed at 414.2 Mbps.

The U.S. showed an average download speed of only 1.8x faster than 4G, with Saudi Arabia again taking the top spot at 14.3x. 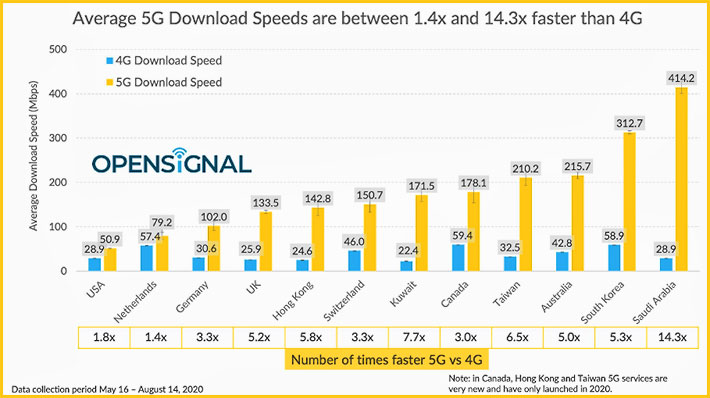 The U.S. did stand out in the report because its 5G service is becoming more widely available across the nation.

Opensignal said the modest 5G download speeds in the U.S. are due to a combination of the limited amount of new mid-band 5G spectrum that is available and the popularity of low-band spectrum – T-Mobile’s 600MHz and AT&T’s 850MHz – which offer excellent availability and reach but lower average speeds than the 3.5GHz mid-band spectrum used as the main 5G band in every country outside of the U.S.

However, the report said Verizon’s mmWave-based 5G service offers a very considerably faster average 5G Download Speeds of 494. 7 Mbps in their recent U.S. report, which is faster than the average 5G download speeds Opensignal has seen on any operator, or in any country to date, including Saudi Arabia.