Kasco’s owner, who unreservedly trusted his employees, had his bookkeeper allegedly steal $3.6 million from his wireless construction company 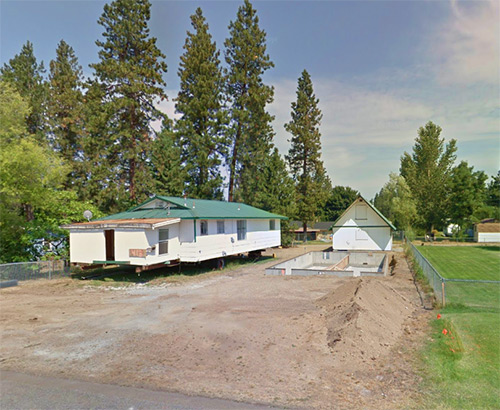 Welch allegedly purchased many properties with her unauthorized checks such as this Osburn, Idaho location

Trina M. Welch pleaded not guilty to 15 counts of wire fraud, which can carry up to 20 years in prison.

Court records identify that Welch stole $3.6 million from  Kasco of Idaho, LLC and Kasco Communications, where she was employed as an accountant for seven years until 2019.

Kasco of Idaho is owned by Keith Sims who also owns half of Kasco Communications. Kasco is a construction and telecommunication company that does work in Washington, Idaho, Oregon, Montana, and Alaska.

Prior to joining Kasco, the mother of five children ran a beauty salon.

According to the indictment obtained by Wireless Estimator, Welch over a period of at least six years wrote at least 341 fraudulent checks from Kasco’s bank accounts, transferring cash from the company account to her own accounts.

To conceal the fraudulent proceeds obtained, Welch took cash and bank advances on her credit card account and deposited the funds into her personal bank accounts. She then user that money to purchase and pay expenses for numerous properties held under her and related parties’ names.

Prosecutors said Welch purchased a Post Falls house with the money as well as four properties in Silver Valley including three in Osburn and one in Smelterville. She also allegedly bought two riverfront properties in St. Regis, Mont.

Welch attempted to conceal her embezzlement by creating false entrees in Kasco’s software accounting program to make it look like the money she stole had actually been used to pay legitimate business expenses.

In addition to a 20-year penalty, Welch could also be required to pay a $250,000 fine if she’s convicted, and be placed on supervised release for three years once she’s out of prison.

The government will also seek forfeiture of all of her ill-gained assets.

A trial date, estimated to take three days, has not been set.

According to Kasco’s website, the company began operations in 1998 as an excavator and then branched out into telecom.

On the company’s about page Sims states, “I’ve surrounded myself and this company with extremely talented people, and it’s my job to watch these people do what they’re so talented doing and be mindful enough to let them do it without interruption.”

Sims did not respond to a request for additional information.

Earlier this month, a 52-year-old bookkeeper in Indiana, pleaded guilty to stealing $136,000 from her employer, Tower Service and Manufacturing.