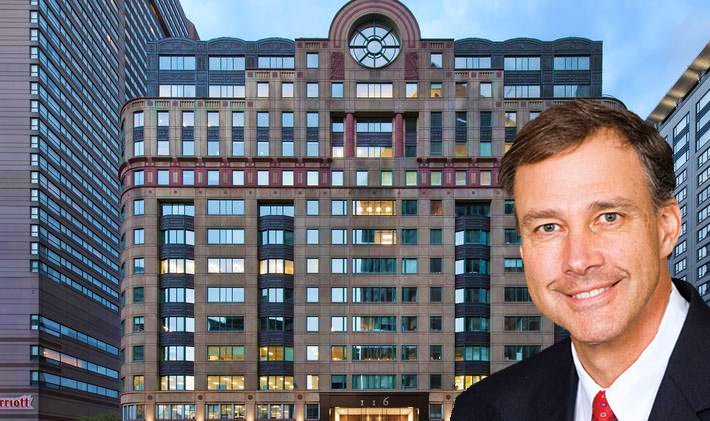 American Tower Corporation today announced that Jim Taiclet, President, Chief Executive Officer and executive Chairman of the Board, will be leaving the company to become President and CEO of Lockheed Martin, where he currently serves on the company’s Board of Directors.

Taiclet, who was President of Honeywell Aerospace Services, joined American Tower in 2001 as President and Chief Operating Officer and became its Chief Executive Officer and Chairman in 2003, succeeding company founder Steven Dodge.

Bartlett has served as American Tower’s Executive Vice President and Chief Financial Officer for over ten years, joining the Company from Verizon Communications, Inc. in April 2009 after a career there of more than 25 years.

During Bartlett’s tenure and leadership, American Tower’s total revenues have grown by 375% and its enterprise value has expanded to $128 billion from $16 billion.

Taiclet will continue as executive Chairman until the Company’s 2020 annual meeting, after which point, Pamela Reeve, the Company’s current lead independent director, will become non-executive Chair of the Board, subject to her re-election as a director at the annual meeting. Following his departure from American Tower, Taiclet, who currently serves on the Board of Lockheed Martin, will become its President and Chief Executive Officer, replacing Marillyn Hewson.

Bartlett stated, “It has been an incredible honor and privilege to work closely with Jim for more than ten years and I want to thank him for his tremendous leadership of our company. It’s an exciting time for American Tower. Not only are we well-positioned to capitalize on the continuing secular growth trends in mobile on a worldwide basis, but we also have a proven leadership team and dedicated employees throughout our markets to meet the needs of our diverse stakeholders. It’s an honor for me to lead a company that will play such an important role in the digital future.”

Pamela Reeve, American Tower’s Lead Independent Director, stated, “We believe Tom is uniquely qualified to take the reins as CEO and drive the Company to even greater success in the communications real estate space in the U.S. and in our international markets, as well as in new, emerging areas of opportunity arising from the Company’s various innovation initiatives. On behalf of the American Tower Board of Directors, we thank Mr. Taiclet for his leadership and contributions over nearly two decades and for positioning the Company for continued success in the future. We will be working closely with Messrs. Taiclet, Bartlett and Smith during the next few months to ensure a smooth and seamless transition.”

“I thank Jim profoundly for his nearly 20 years of leadership to the industry, including his stint as Chairman of PCIA, as WIA was called at the time,” said WIA President and CEO Jonathan Adelstein.

“His vision moved wireless infrastructure forward around the globe. We wish him continued success in his major new role. I also congratulate Tom on becoming CEO, who will do a terrific job building on the tremendous success started by Jim. Tom has been with us at WIA since he began at American Tower, and we look forward to working with him and his team on industry priorities to keep the industry growing and meeting the challenges ahead.”