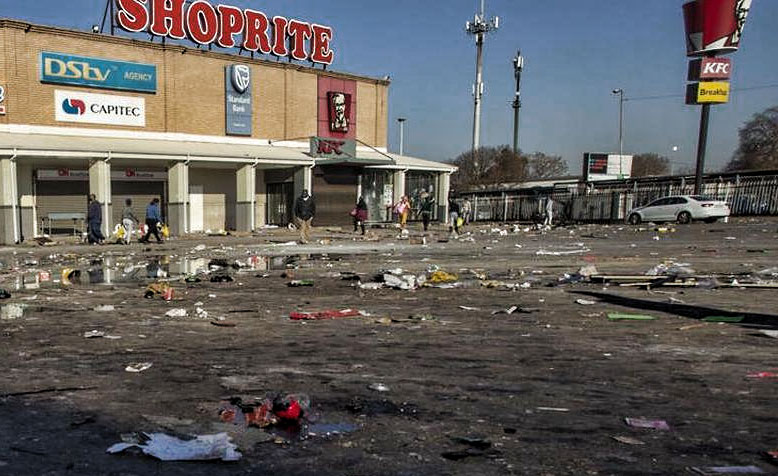 South African crowds continued to riot overnight, defying calls from authorities to end a week of violence that has killed more than 70 people, wrecked dozens of shopping malls, and destroyed over a thousand businesses as well as over one hundred communications towers. 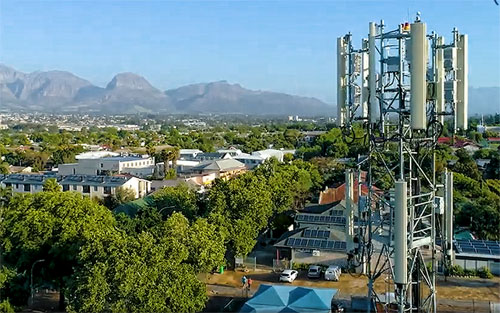 One of the over 1,200 towers SBA Communications owns in South Africa

The violence started following the jailing of ex-president Jacob Zuma last week for failing to appear at a corruption inquiry.

Security officials said Tuesday the government was working to halt the spread of the violence and looting and have enlisted soldiers to help the outnumbered police to contain the unrest.

The Independent Communications Authority of South Africa (ICASA) has received dozens of  reports of vandalism of communications infrastructure across the country, noting that as the riots rage on, 113 towers have been damaged, and many community radio stations have been looted.

“Such wanton destruction of the broadcasting infrastructure and facilities represents a direct attack on the constitutional right of individuals and communities to access news and information that is accurate, unbiased and up-to-date about the current crisis,” ICASA said in a statement.

US-based American Tower Corporation (ATC) and SBA Communications’ (SBA) structures are potential targets for arsonists and ICASA Chairman Keabetswe Modimoeng warned that “Any disruption of communication services could prove disastrous and result in increased mortality as emergency calls may be directly impacted.”

He said he expects the number of towers that have been vandalized to increase as the country tries to stop the growing number of looters and arsonists.

“We call on the communities to assist in guarding and protecting this critical infrastructure and to exercise the highest levels of patriotism in this regard,” said Modimoeng.

South Africa has approximately 26,000 towers, with ATC owning about 2,300 towers, according to its website.

SBA has approximately 1,200 sites, the majority of which were acquired in October 2019, with the purchase of 900 sites from Atlas Tower South Africa that had a substantial backlog of new builds.

“It is catastrophic sprees of unrest such as the one ongoing that developing countries struggle to ever recover from, with damaged infrastructure simply left as is without funds or manpower available for repairs,” ICASA said.

MTN is seeking to sell its towers and the company has received requests from 20 towercos and investment firms to provide a leaseback offer. MTN said it is looking to conclude the sale during the third quarter of 2021.

It is not known if the current unrest in the country will lower the estimated $500 to $700 million for the company’s towers, understood to total about 6,000.