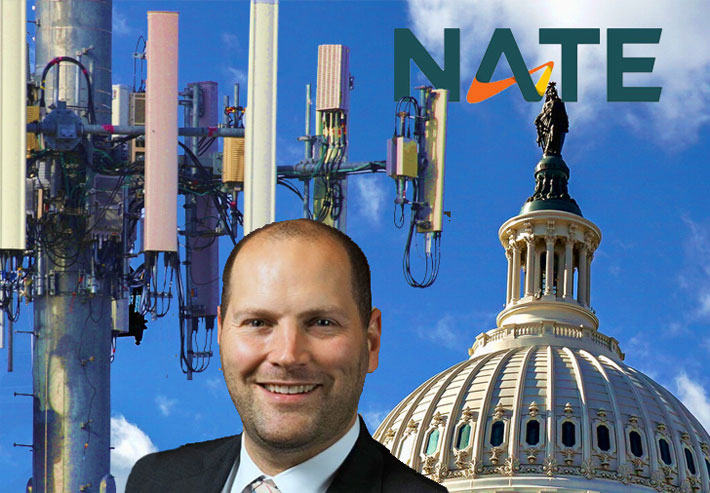 NATE: The Communications Infrastructure Contractors Association announced the hiring of Todd Washam as Director of Government Relations and Wireless Industry Network, a new Washington, D.C. based staff position established by the Association. Washam officially begins his duties with NATE on Friday, July 16.

Washam comes to NATE with an extensive background that includes serving as a congressional staffer for approximately 10 years, working in the executive branch at the U.S. Environmental Protection Agency and working for the Air Conditioning Contractors of America Association. Washam, an Ohio native, possesses a deep network of contacts on Capitol Hill, has a keen understanding of issues important to small business contractors and has considerable experience advocating for workforce development issues and the important role that the skilled trades play in our communities and economy.

As the NATE Director of Government Relations and Wireless Industry Network, Washam will serve as the primary leader and representative on behalf of the Association in Washington, D.C. The position is responsible for taking the lead in cultivating key stakeholder relationships, attending Congressional hearings and agency meetings, coordinating meetings for NATE representatives, analyzing legislative and regulatory proposals, formulating policy positions and developing commentary on legislative and regulatory matters that affect NATE member companies and the wireless infrastructure industry.

As the leader of NATE’s Wireless Industry Network program, Washam will be tasked with communicating on a regular basis with the WIN Regional Ambassadors and State Liaisons, identifying state-level legislative and regulatory advocacy opportunies to leverage the WIN leaders in grassroots engagement and interfacing with State Wireless Association (SWAPs) leaders.

“What an amazing time to join NATE and work for contractors to advance their priorities before Congress and within federal agencies,” said Washam. “Our country is investing in communications infrastructure projects at historic levels, and we need to ensure we have the skilled workforce available to see these projects come to completion. NATE will be there every step of the way to advance the legislative and regulatory policy priorities that impact the Association’s members. I’m excited to serve as NATE’s Director of Government Relations and Wireless Industry Network and make a positive impact on behalf of the membership,” added Washam.

“NATE is thrilled to welcome Todd Washam as a new employee based out of the Washington, D.C. beltway,” stated President & CEO Todd Schlekeway. “NATE’s growing influence and stature through increased collaboration with federal government agencies, Congress and industry organizations necessitated this position. Todd’s background and experiences are tailor made to help the Association advance our ambitious legislative and regulatory policy priorities,” added Schlekeway.

NATE also announces that long-time industry lobbyist Jim Goldwater has signed a short-term contract extension with the Association through February of 2022. As Goldwater approaches retirement, he will collaborate with Washam to ensure a smooth transition and provide continuity that will help NATE take advantage of Jim’s years of experience representing the Association.

Washam can be reached via email at twasham@natehome.com.

In 2020, Todd accepted a political appointment to serve as the Director of House Affairs within the Environmental Protection Agency’s (EPA) Office of Congressional Relations. In this role, he advised the EPA Administrator and senior officials on congressional activities and served as the Agency’s liaison to the House of Representatives. He prepared the Administrator and other officials for meetings with members of Congress, official travel, and public engagement events. Todd also analyzed legislation and produced briefing materials ensuring the Administrator and senior officials understood how legislation would impact the agency and conducted briefings with congressional staff to ensure they could carry out their legislative and oversight duties.