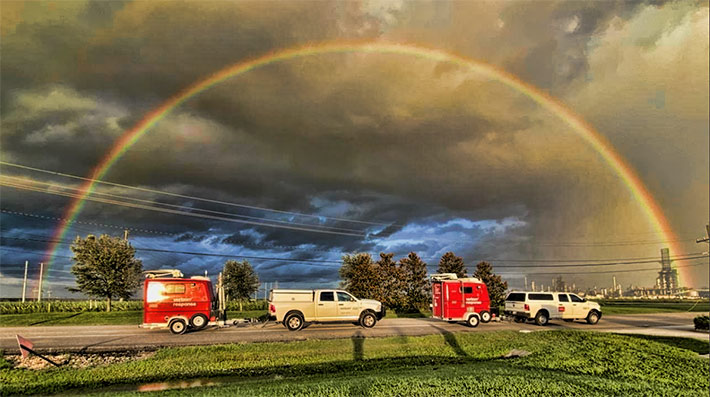 Even in moments of darkness there is hope on the horizon. (Relief Efforts Photo: Verizon)

The FCC reported yesterday evening that Hurricane Ida is still taking its toll on communications, although outages are down from Monday’s report.

Louisiana was the hardest hit state with 38% of its sites down in the affected parishes yesterday.

Although outages were previously at 52%, Assumption and Terrebonne Parishes are still at or near 100%.

There were only 3 damaged cell sites brought back to being operational yesterday with 125 still out of service.

On Monday 933 cell sites were out due to power problems; yesterday that total was 699.

Cell sites out due to transport issues saw a marked improvement from 441 to 229.

Parish data for Louisana is provided below.

And the spin goes on

AT&T said its wireless network was operating at more than 85% of normal yesterday in Louisiana compared to Monday’s 60%.

T-Mobile said it was operating at about 70% on Monday across Louisiana and Alabama, but only stated on Tuesday that they’ve improved their service.

However, T-Mobile, AT&T and Verizon typically spin their outage percentages by combining areas that are not hard hit such as in Alabama which has only 1% of its cell sites out in the affected counties.

Verizon has not provided their outage percentages, but extolled that in downtown New Orleans and Baton Rouge, there are a “few” scattered cell sites in their network that are experiencing issues, possibly implying that most of the 258 sites in those two parishes that are out of service are those of their competitors. 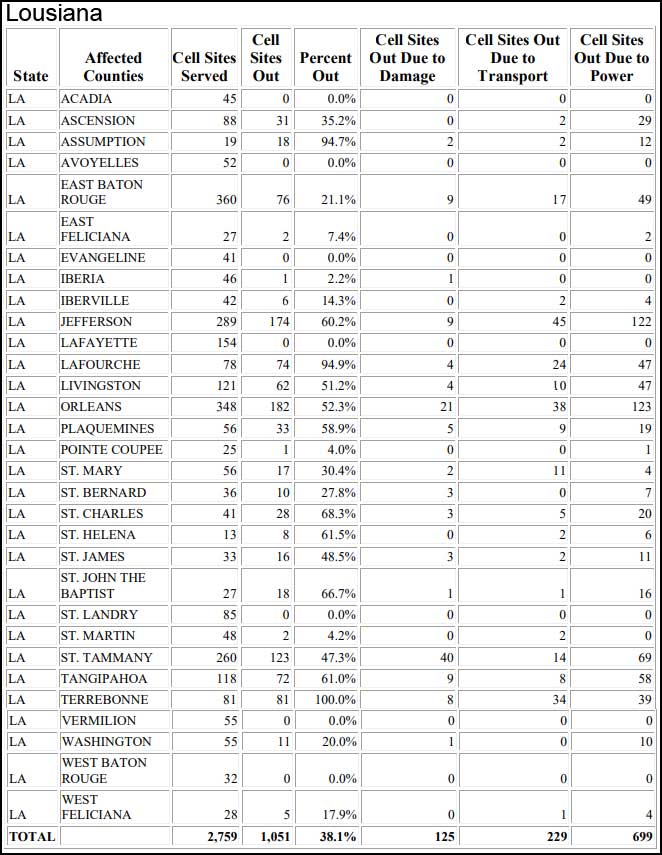