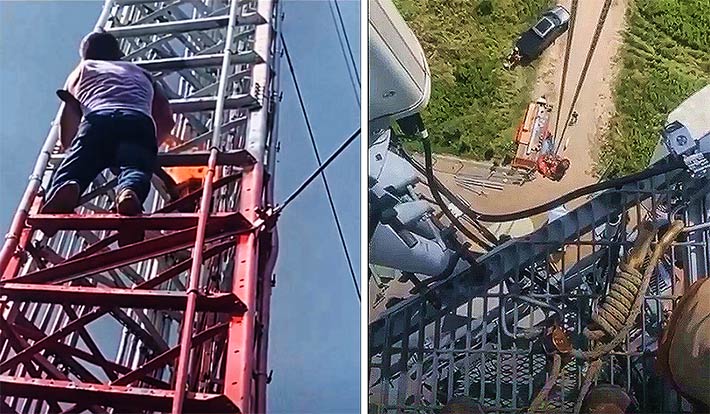 As Vice Chairman of NATE: The Communications Infrastructure Contractors Association, John Paul (JP) Jones is proud of the many top safety individuals and subject matter experts in the past 25 years who have taken a cottage industry with minimal safety standards and elevating it to a profession that supports the nation’s communications infrastructure with safety as its highest priority. 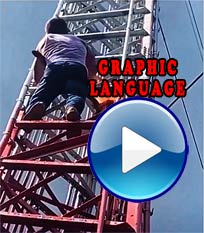 Having trained thousands of tower techs in fall protection through his company, Safety LMS, and as president of Tower & Turbine Technologies LLC, Jones will readily admit that there are times when minor safety violations need to be immediately addressed.

However, last week, Jones and many other safety advocates witnessed two since-removed Facebook videos with one or two moronic cowboys flouting every safety rule imaginable.

“I cannot begin to tell you how disgustingly stupid I consider the acts of these individuals to be,” Jones informed Wireless Estimator. 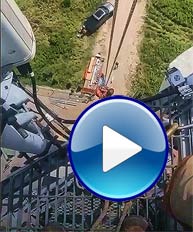 any type with a large homemade torch attempting to ignite a hornet’s nest.

“There is clearly a lack of common sense being exhibited by this individual who, if his plan didn’t go as he imagined could be stung by a massive swarm coming out of the hive and fall to his death where the now burning hive would set the outer jacket of the transmission lines and hybrid cables ablaze and travel up the entire structure, rendering it useless as a safe structure,” said Jones.

“The second video shows a guy riding a rope and is being lowered by a third guy operating a capstan hoist. The moron riding the rope has no back-up fall protection system of any kind, so if the rope failed, he would fall to his death. The block appears to be rigged to a handrail or stiff-arm pipe with a small synthetic runner of some sort as well,” said Jones.

The individual who posted the videos questioned a Facebook group with, “Who else’s boss likes to ride the cat head? Any bosses do bee removal.”

He identified a company near Cleveland, Ohio, but Wireless Estimator could not confirm whether the company’s employees were in the videos.

The company is a worthy addition to Wireless Estimator’s Hall of Shame.