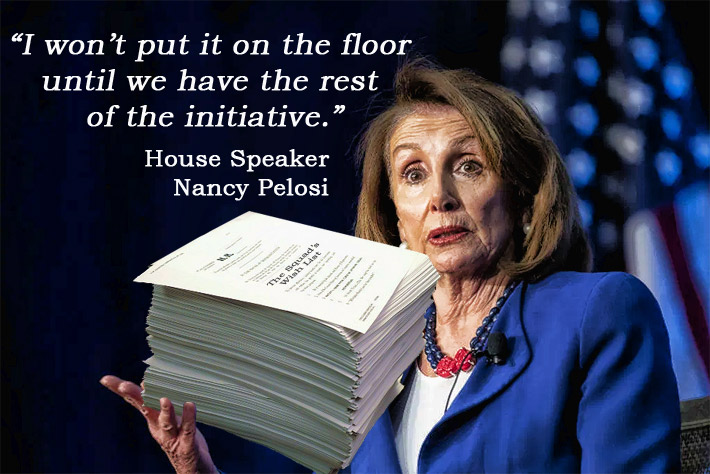 The Senate this afternoon passed a $1.2 trillion bipartisan bill to rebuild the nation’s crumbling infrastructure with modernized highways, roads, bridges, railways and transit systems as well as provide needed broadband services, after months of intense debate over how to prioritize and pay for President Joe Biden’s plan to boost the U.S. economy.

However, the bill now faces potentially lengthy roadblocks in the House, where Speaker Nancy Pelosi, and the close to 100-member Progressive Caucus have said they will not vote on it unless the Senate passes a separate, more ambition $3.5 trillion social “infrastructure” policy bill.

The bipartisan vote was 69-30 with some Republicans disregarding former President Donald Trump’s call to derail it.

NATE: The Communications Infrastructure Contractors Association welcomed passage of the infrastructure legislation, which includes historic levels of funding for broadband infrastructure and deployment.

“NATE commends President Biden and a bipartisan group of Senators for their leadership and commitment to securing passage of legislation that includes $65 billion in funding for communications infrastructure projects, which will go a long way toward providing high speed internet and communications services to rural, unserved, and underserved communities.”

“NATE is also pleased that several of NATE’s legislative priorities were included as amendments in this legislation. These initiatives will help provide for a skilled communications workforce and ensure transparency and accountability of federally funded broadband projects,” continued Washam.

“Senator Thune’s Telecommunications Skilled Workforce provision will help our industry meet the enormous demands for broadband and closing the digital divide resulting from this important legislation. And Senator Fischer’s amendment, which would require the Federal Communications Commission to provide maps of federally funded broadband projects, would ensure there is transparency and accountability as Congress appropriates billions in funding for broadband infrastructure. In addition to the funding provided in the Senate infrastructure package, there are multiple agencies working on broadband infrastructure, and mapping tools will help ensure that inter-agency issues do not get in the way of deploying broadband projects to rural, unserved, and underserved communities,” said Washam in a statement.

“WIA applauds the passage of the infrastructure bill because it reflects the bipartisan all-of-the-above funding strategy that allows wireless to compete, which will get broadband to unserved communities more quickly.  By recognizing the role wireless plays in prioritizing mobility, speed of deployment, resiliency, and public safety, this measure will help bridge the digital divide and put the U.S. on the path to win the race to 5G,” said WIA President and CEO Jonathan Adelstein