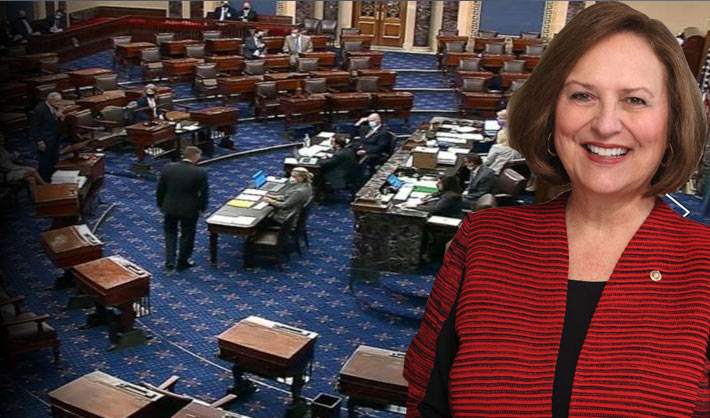 Organizations and industry groups released statements supporting an amendment sponsored by U.S. Senator Deb Fischer (R-Neb.), a member of the Senate Commerce Committee, that passed unanimously during the Senate’s consideration of the bipartisan infrastructure package.

“I applaud Senator Fischer for her leadership and thoughtful work to promote broadband infrastructure builds. Her success in winning a bipartisan amendment to the infrastructure legislation will promote accountability and help ensure that federal dollars are put to use connecting Americans.” – FCC Commissioner Brendan Carr

“NATE welcomes Senator Fischer’s leadership on this important amendment, which would ensure there is transparency and accountability as Congress appropriates billions in funding for broadband infrastructure. In addition to the funding provided in the Senate infrastructure package, there are multiple agencies working on broadband infrastructure, and mapping tools will help ensure that inter-agency issues do not get in the way of deploying broadband projects to rural, unserved, and underserved communities. NATE looks forward to working with Senator Fischer and other congressional leaders on these important accountability tools and fully deploying broadband to communities in need.” – Todd Washam, Director of Government Relations and Wireless Industry Network for NATE: The Communications Infrastructure Contractors Association

“With policymakers and industry committed to closing the remaining digital gaps in America, it is critical that all stakeholders understand where federal broadband dollars have already been spent so those areas don’t receive duplicative funding. The new interactive map that Sens. Fischer and Cortez Masto’s amendment establishes will be an invaluable tool to track progress and highlight how and where federal broadband projects have been deployed.” – NCTA – The Internet & Television Association

“WTA supports efforts by Senator Fischer and her colleagues to accurately track and map broadband networks built with federal investment. It is important for the public to know where their tax dollars are going and to ensure that broadband network buildout efforts are not duplicative.” – WTA – Advocates for Rural Broadband

Currently, funding for broadband deployment is divided among several federal agencies. As a result, tracking where federal dollars are going is a difficult and opaque process. To resolve this issue, the amendment will require the FCC to consult with all relevant federal agencies and develop an interactive map displaying the network locations of broadband deployment funded by the federal government.