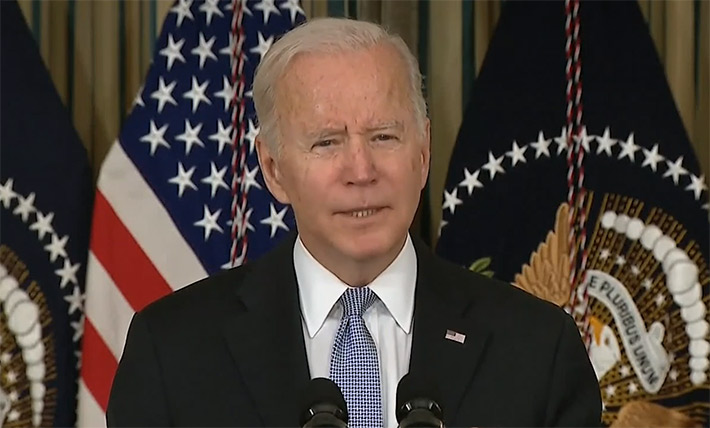 After months of frustrating attempts to pass the bipartisan infrastructure bill, Speaker Nancy Pelosi finally achieved success with the support of 13 Republican House members on Friday night. The bill, which received 19 GOP votes in the Senate, was dissociated from the broader social spending package known as Build Back Better

“Tonight, we took a monumental step forward as a nation,” President Biden said in a statement after the vote, lauding both the infrastructure and the social policy bills. “Generations from now, people will look back and know this is when America won the economic competition for the 21st century.”

“NATE is very pleased that this legislation is now headed to President Biden for his signature. For nearly 25 years, NATE has advocated that communications infrastructure projects that allow for the rapid flow of information and data are just as important as infrastructure projects providing for the flow of travel and goods,” said Todd Washam, NATE Director of Government Relations and Wireless Industry Network.

“The Infrastructure Investment and Jobs act provides historic levels of funding for several of NATE’s top legislative priorities and it will have a significant impact on efforts to close the digital divide in rural, unserved, and underserved communities.” 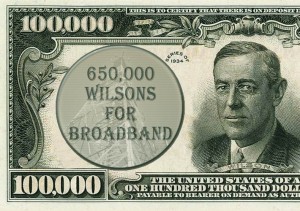 It is unknown when the infrastructure funding will hit contractors’ bottom lines since it gets out the door slowly when there are no “shovel ready” projects.

The IIJA provides $65 billion in federal funding for broadband infrastructure projects. The bulk of this funding, $42 billion (a detailed explanation is available here), goes directly toward funding construction and service improvements and will be distributed to states in the form of grants. Approximately $14 billion is set aside in a new Affordable Connectivity Fund, which provides $30 subsidies to millions of low-income Americans to help pay for Internet service. The IIJA also includes two NATE-supported provisions that were included as amendments during debate in the Senate.

“NATE is also pleased that several of NATE’s legislative priorities were included as amendments in this legislation. These initiatives will help provide for a skilled communications workforce and ensure transparency and accountability of federally funded broadband projects,” continued Washam.

“Senator Thune’s Telecommunications Skilled Workforce provision will help our industry meet the enormous demands for broadband and closing the digital divide resulting from this important legislation. And Senator Fischer’s amendment, which would require the Federal Communications Commission to provide maps of federally funded broadband projects, would ensure there is transparency and accountability as Congress appropriates billions in funding for broadband infrastructure.”

Washam said, NATE members are eager to work with the National Telecommunications and Information Administration and state broadband agencies to leverage this historic funding for broadband deployment. NATE also encourages state agencies to invest in critical workforce development programs to ensure we can meet our national broadband goals.

The Wireless Infrastructure Association (WIA), also applauded the bipartisan approval by the House of the historic infrastructure bill, with its unprecedented investment in broadband.

WIA advocated the all-of-the-above broadband strategy Congress adopted in authorizing mobile and fixed wireless to compete for broadband funding, which will help close the digital divide and win the race to 5G.

“WIA commends the bipartisan efforts behind this monumental investment in America’s economic future, which will rely on 5G,” said WIA President and CEO Jonathan Adelstein.

“By approving funding that can include wireless broadband, Congress enabled innovative, cost-effective, and geographically appropriate mobile and fixed wireless service to connect consumers more quickly and efficiently. Now we need the Administration and states to implement the law consistent with its mandates for technological flexibility and for prioritizing applicants that can deploy faster to unserved areas, which certainly includes wireless providers.”

What’s in the $1.2 Trillion Bipartisan Bill?

The 2,702-page bipartisan bill, which has not changed, contains just $550 billion in new spending. The $1.2 trillion figure comes from including additional funding normally allocated each year for highways and other infrastructure projects. The new spending includes:

$110 billion for roads and bridges — In addition to construction and repair, the funding also helps pay for transportation research at universities, funding for Puerto Rico’s highways, and “congestion relief” in American cities

$66 billion for railroads — Funding includes upgrades and maintenance of America’s passenger rail system and freight rail safety, but nothing for high-speed rail

$65 billion for the power grid — The bill would fund updates to power lines and cables, as well as provide money to prevent hacking of the power grid. Clean energy funding is also included

$65 billion for broadband — Includes funding to expand broadband in rural areas and in low-income communities. Approximately $42 billion, goes directly toward funding construction and service improvements and will be distributed to states in the form of grants, and $14 billion would help reduce Internet bills for low-income citizens

$47 billion for cybersecurity and climate change — The Resilience Fund will protect infrastructure from cybersecurity attacks and address flooding, wildfires, coastal erosion, and droughts along with other extreme weather events

$25 billion for airports — This allocation provides funding for major upgrades and expansions at U.S. airports. Air traffic control towers and systems would receive $5 billion of the total for upgrades

$21 billion for the environment — These monies would be used to clean up superfund and brownfield sites, abandoned mines, and old oil and gas wells

$17 billion for ports — Half of the funds in this category would go to the Army Corps of Engineers for port infrastructure. Additional funds would go to the Coast Guard, ferry terminals, and reduction of truck emissions at ports

$11 billion for safety — Appropriations here are to address highway, pedestrian, pipeline, and other safety areas with highway safety getting the bulk of the funding

$8 billion for western water infrastructure. Ongoing drought conditions in the western half of the country will be addressed through investments in water treatment, storage, and reuse facilities.

$7.5 billion for electric school buses — With an emphasis on bus fleet replacement in low-income, rural, and tribal communities, this funding is expected to allow those communities to convert to zero-emission buses