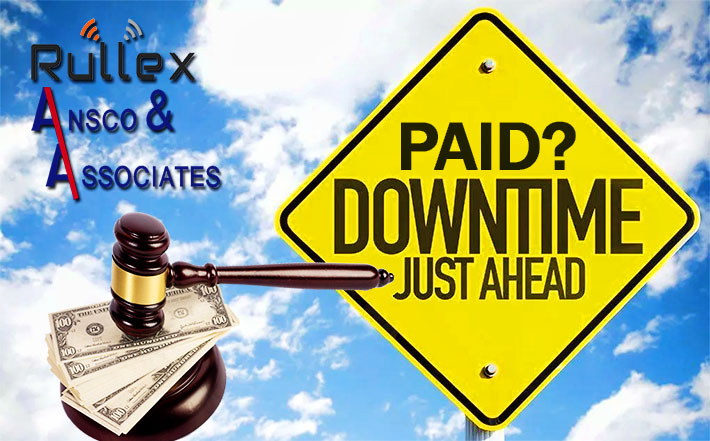 A project management and construction company is suing another management and contracting firm that is managing AT&T site builds for allegedly failing to pay invoices submitted for downtime and troubleshooting.

According to a complaint filed in U.S. District Court for the Northern District of Georgia on June 21, Rullex Co., Inc., is suing Georgia-based Ansco & Associates LLC for not paying the Pennsylvania company’s $112,900 in what they believe are legitimate invoices, according to their subcontracting agreement for site level services.

They are also requesting attorneys’ fees and the cost of litigation.

Rullex said that from November 2019 through June 2020, they satisfactorily performed all of Ansco’s required services. During that time, they submitted invoices, change orders, and other related requests through Ansco’s automated portal for reimbursement.

The complaint states that there were several times when Rullex would mobilize a crew to a specific site location, based upon Ansco’s scheduling, only to learn upon arrival that Ansco did not have the proper material or equipment ready at the site.

As a result, Rullex said it would then have to remain at the site, frequently requiring overnight accommodations for its crews.

In addition, Rullex said that there were occasions when Ansco would ask to have a crew sent back to a site to troubleshoot reported issues.

When the troubleshooting revealed that the site problems were related to the quality of the materials provided by Ansco and not related to the installation of the equipment, Rullex submitted invoices for the work.

Although Ansco reimbursed Rullex for some of the invoices, the complaint states that when Rullex questioned why the rest of them were not paid, Ansco said they were not compensable.

However, Rullex submitted an email to the court where Dubi Kazula, Ansco Vice President of Wireless Operations, said, “[Ansco] will pay you for [downtime] in cases that sites ‘will not be ready’.…”

Although Ansco has another week to answer the complaint, a June 12, 2020  email from Kazula to Rullex’s owner, Russell Razhko, said regarding downtime, “…there is NO down time, you are one of over 30 subs and 80 other crews working for us and ALL of them understand it.”

Kazula also said that in many cases Rullex did not have the crews in the market and “sites were sitting waiting for your guys to come back to KY.”

Rullex then contacted Ansco’s corporate owner, DYCOM, for payment and was informed by its assistant general counsel: “Per the terms of the conditions of your contract with Ansco, your request for additional payment cannot be accepted.”

It is not known whether Rullex was utilizing its crews or subcontracting out the AT&T projects.