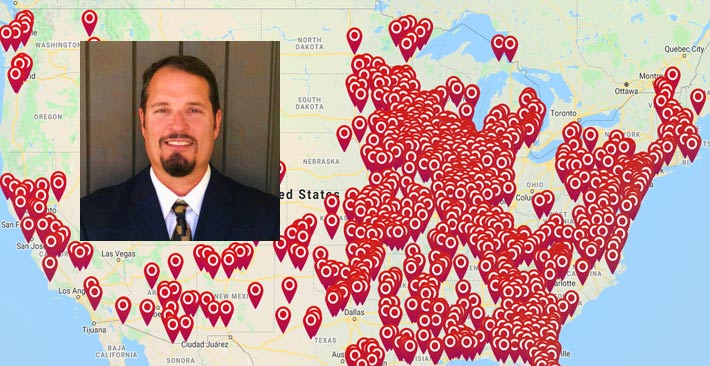 CTI Towers, Inc. (CTI)) today announced the expansion of its executive team with the addition of Scott Crisler as the company’s Chief Operating Officer. Crisler has an extensive wireless background with over 20 years in the wireless industry. He will assume oversight of day-to-day operations at CTI, including sales, tower operations, lease administration, and business development.

“Scott has experience in every aspect of the tower business ranging from the infrastructure side to site acquisitions. He will be invaluable to us as we continue to expand the company,” said Tony Peduto, Chief Executive Officer of CTI.

“CTI has developed a very successful platform over the past decade,” stated David Bacino, Operating Partner at Melody Investment Advisors, a leading communications infrastructure investor which acquired CTI Towers in 2020. “Scott’s addition expands the company’s management team and enables the company to work more effectively with its customers and pursue CTI’s growth plans.”

“I am excited for this new challenge,” said Crisler. “My goal is to enhance operational excellence at CTI by focusing on the people and the company’s processes, along with enhancing its customer relationships.” Crisler added.