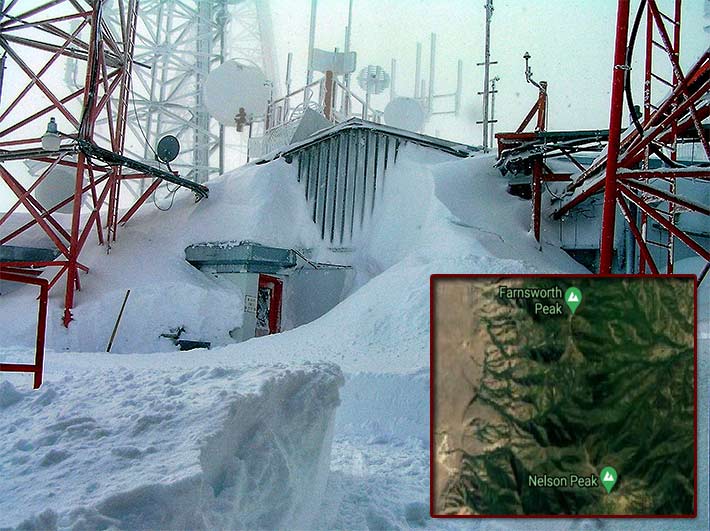 It has been identified that the men were heading to a FM radio site on Mt. Vision, about three miles southeast of Nelson Peak. Pictured above is the antenna farm atop Farnsworth Peak. 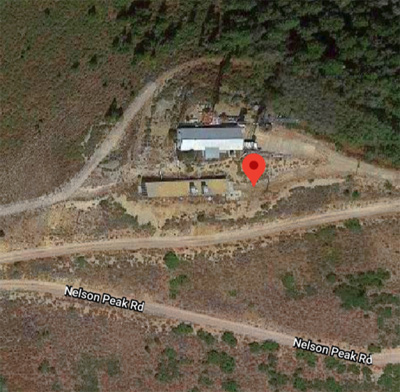 The three technicians were on their way to the Mt. Vision KBYU-FM transmitter when they had to be rescued

Update: February 23, 2021 – The technician that was taken to the hospital with hypothermia was responding to a maintenance issue for a tower site on Mt. Vision, about three road miles southeast of Nelson Peak and at thousand feet lower in elevation that transmits programming for KBYU-FM and KBYU-FM HD-1 and KBYU-FM HD-2. The company he is employed by is BYU Broadcasting, according to a KBYU-FM representative.

Utah search and rescue crews Thursday night successfully rescued an unnamed tower tech who was suffering from hypothermia when his and two other snowmobiles of his coworkers got stuck between Nelson Peak and Farnsworth Peak in Utah while they were attempting to service a radio tower in the Oquirrh Mountains, according to a Unified Police Department spokesperson.

They tried to self-rescue and dig themselves out, then were able to call 911,” according to Lt. Paul Barker.

He says the rescue call originated with West Jordan police, who called in additional resources due to their own lack of snowmobiles. Barker says a helicopter and Lifeflight were also called to assist.

Two of the men were able to ride their snowmobiles off of the mountain with emergency crews. The Lifeflight helicopter was able to fly the hyperthermic worker to a hospital. His condition at this time is unknown

Farnsworth Peak, named for Philo Farnsworth, the inventor of the first completely electronic television, is the transmission location for 19 FM stations and an equal amount of TV stations.

At an elevation of 9,039 feet, access to the tower sites are via a 12-mile dirt road, barred by multiple locked gates on property owned by Kennecott Land.

The men could have also been heading to nearby Nelson Peak – the highest point in the Oquirrhs at 9,359 feet, where KTVX-TV’s transmit tower is located as well as KBYU FM’s tower on Mt. Vision about a mile and one-half southeast. Access is via a 10 mile dirt road.

(Update: 2/23/21 – According to Bob Lyon, a former KTVX-TV and KUCW-TV transmitter engineer, KTVX-TV has not had a TV transmitter on Nelson Peak since the analog cutoff date in 2009, and was the only “broadcast” transmission equipment ever located there.)

Although Salt Lake City’s temperature was 29 degrees F. at the time of the rescue, the higher elevations of Farnworth Peak and Nelson Peak would have been at least14 degrees F. lower.

Both mountain locations are often only accessible by snowmobiles or helicopters.