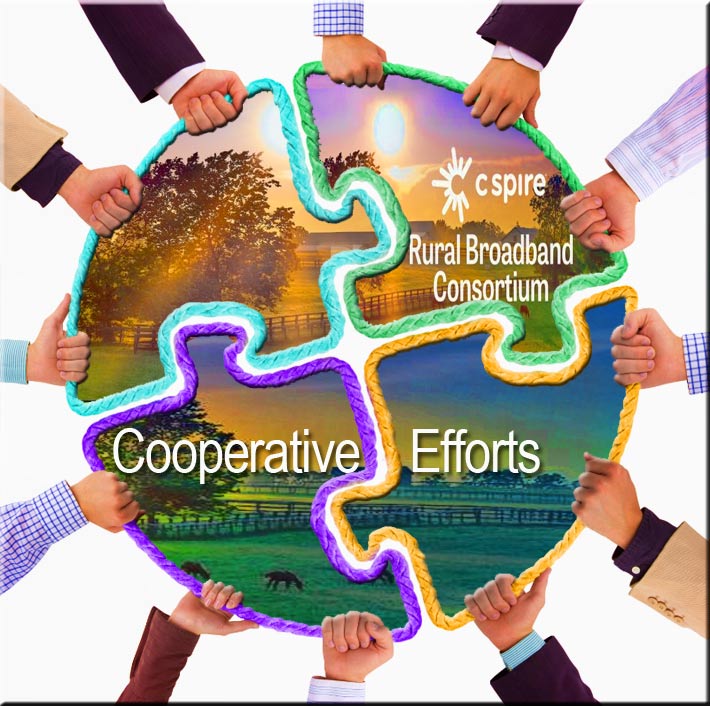 A two-year research effort led by Mississippi-based C Spire to identify ways to bridge the rural broadband “digital divide” has concluded that the key to resolving the vexing access problem is to pursue cooperative technology, financial and partnership efforts as an industry.

Findings of the research team, which also included collaborations with Airspan, Facebook, Microsoft, Nokia, Siklu and Telesat, were presented in a recent virtual online summit where all of the tech firms shared their findings and recommendations with policy experts, government officials and rural broadband advocates.

Two key ingredients to success in deploying rural broadband are access to fiber backhaul and cell site infrastructure and local knowledge – one area that highlights the interdependencies where WISPs excel in one area but need help in another, the joint study says.

“We weren’t just interested in technical solutions to the rural broadband challenge,” said Alan Jones, senior vice president of Engineering and Development for C Spire.  “Solutions also had to address the business model and commercial terms to be financially feasible and make good economic sense.”  Jones said the team recognized early on that there is no single technology “silver bullet” or “one-size-fits-all” approach to the technology challenge.

“We believe there is an untapped opportunity for big and small ISPs in Mississippi to combine their strengths to efficiently and sustainably address barriers to rural connectivity and we’re continuing to explore additional ways to unlock connectivity in rural areas,” said Roger Greene of Facebook Connectivity.

C Spire is leading the work as part of its broader Tech Movement initiative collaborating with the tech industry to build a better future for the region through technology and education.

“Improving broadband access and digital skills represent huge opportunities for rural areas.  Every student, school and business should have the chance to reap the benefits of wider availability and adoption,” Jones said.

The broadband “digital divide” between U.S. cities and rural parts of the country is substantial. According to Federal Communications Commission data in its latest broadband report published on Jan. 19, 2021, 83 percent of rural residents have access to broadband while 98.5 percent of urban and suburban areas have high-speed access. More than 14.5 million rural Americans still lack access to fixed and wireless service.

Unfortunately, the problems are even more acute in states like Mississippi where rural residents have limited or no access to basic broadband. The state has the second worst average throughput speeds in the nation and terrestrial broadband coverage has yet to surpass 60 percent in the state compared to a nationwide average of 88 percent.

Mississippi, with almost 28 percent of its residents lacking any broadband connectivity and less than 18 percent using broadband, has been the primary testing ground of the group’s work as nearly half of its 3 million residents live in rural areas. The state ranks 46th nationwide in broadband access and 47th in urban population.

To learn more about the consortium’s work and its research findings, go to the C Spire Rural Broadband Consortium website. For more information about C Spire’s Tech Movement, go to www.cspire.com/techmvmt.