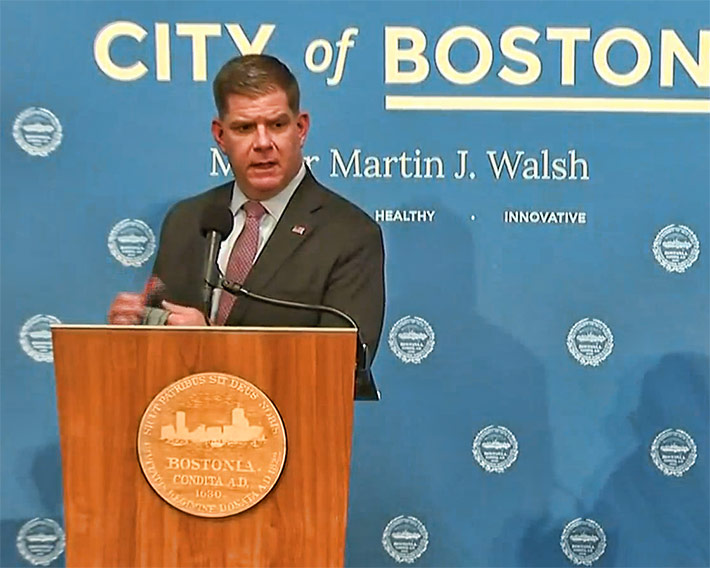 In a farewell speech to Boston city employees, newly-minted Secretary of Labor Martin (Marty) Walsh said, “I spent my entire career fighting for working people and I’m eager to continue that fight in Washington.” He is the first union leader to run the department in over 40 years.

In a 68 to 29 vote, the U.S. Senate today confirmed Boston Mayor Marty Walsh as the new Secretary of Labor in the Biden administration.

Walsh is an advocate of immigrants. In Massachusetts, he created the Greater Boston Immigrant Defense Fund, which provides free legal defense for immigrants facing deportation.

A former top union leader, Walsh has earned the support of many unions and worker organizations. In recent speeches, Walsh has pledged to protect the power of unions.

He is the first union leader to run the department in over four decades.

The majority of the nation’s wireless contractors are not union, and the industry will be observing Walsh’s actions closely.

Some pro-business groups are uneasy about Walsh’s ties to organized labor and President Biden’s frequent talks about the rights of workers to join a union.

While preparing for his confirmation hearing in February, Walsh said, “I thought about my uncle and my father talking at the kitchen table on Sundays about fighting for the rights of workers, about making sure that jobs were there so that people wouldn’t be unemployed,” he said.

In a farewell address to city employees today, the two-term mayor said, “I spent my entire career fighting for working people and I’m eager to continue that fight in Washington.”

“Mayor Walsh has the background, the skills and the awareness for the need of balance in conversations between labor and management,” Sen. Richard Burr, R-N.C., said on the Senate floor Monday.

Sen. Burr is the ranking GOP member on the Senate labor committee.

During Secretary Walsh’s confirmation proceedings, he noted, “The Department has worked closely with the telecommunications and wireless industry for a number of years. DOL has also recently funded [WIA] as an apprenticeship industry intermediary as well as a grantee. DOL looks forward to continuing its partnership with WIA and others in the industry to help scale up these programs to support 5G deployment.”

“NATE congratulates Marty Walsh for his confirmation as Secretary of Labor. NATE looks forward to working with Mr. Walsh as well as continuing our collaboration with the Occupational Safety and Health Administration in promoting and enhancing safety in the communications tower industry,” said Jim Goldwater, NATE Director of Legislative & Regulatory Affairs.

Goldwater pointed to the U.S. DOL-OSHA Susan Harwood Training Grant Program and the recently finalized national partnership agreement between NATE and OSHA as examples of the successful collaboration between the two organizations.