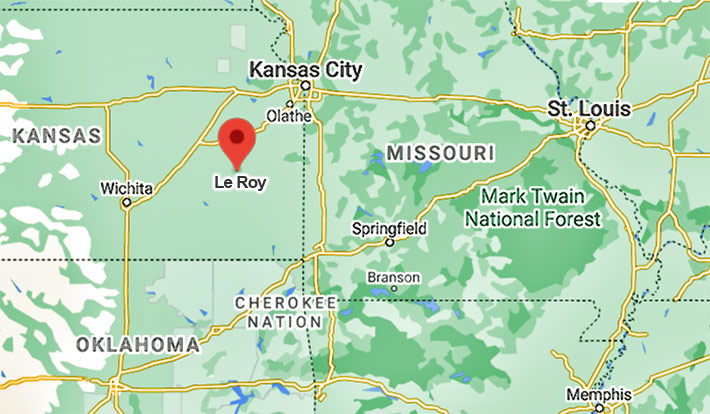 A 45-year-old welder fell to his death while working on a tower modification in Le Roy, Kansas on Sunday, according to individuals knowledgeable of the accident.

A spokesperson of Blackhawk Tower Communications of Sun Prairie, Wisconsin confirmed that Shane Jenson of Orfordville, Wisconsin was welding a modification on a U.S. Cellular site at about the 95-foot level when his safety equipment failed and he fell to the ground and died.

He said that OSHA is investigating the incident in the small rural Kansas community with approximately 500 residents, according to Wikipedia. He wasn’t aware of the tower’s height. It is unknown if Jenson’s PPE was compromised while he was welding.

The company is also requiring their contractors by Wednesday to provide a roster of all their crews working for them, who is on site, who they are employed by and confirm if it is a sub that the company has approval for.

According to his LinkedIn page, Jenson, entered the industry in 1998 where he worked for Wave Communications for over six years. He then formed Viking Industrial Services, LLC in 2017 where he offered custom fabrication and coatings, but returned to Blackhawk, a sister company of Wave.

Blackhawk is one of the leading companies in the nation promoting industry education and safety.

Services information will be provided by Wireless Estimator when it is available.