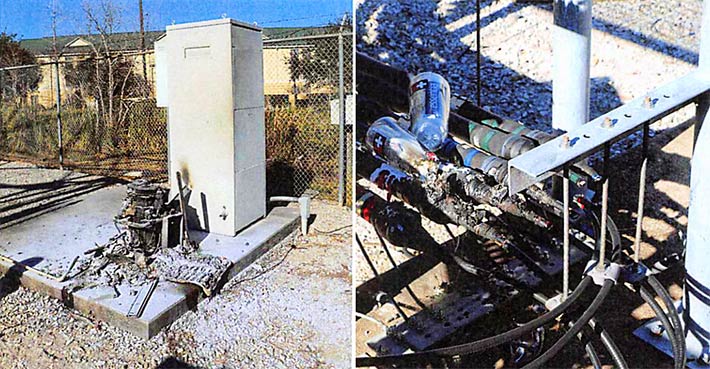 The American Tower 153-foot self-supporting tower compound was entered and the generator was set on fire. A sign found in a truck of the man charged with the arson  appeared to register concerns about cell tower radiation, with an obscure message stating that Jehovah’s Witnesses should spy upon the tower site.

A Jackson County Mississippi man is facing federal charges from the U.S. Department of Justice, Bureau of Alcohol, Tobacco, Firearms and Explosives (ATF) after a special agent said the arsonist maliciously set fire to an American Tower cell tower earlier this month. 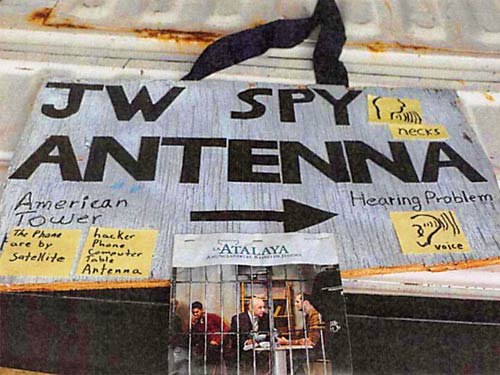 Authorities found in Manuel DeJesus’ truck a sign that reads “JW Spy Antenna” with the name “American Tower” written on it. On that sign was also a copy of Spanish language La Atalaya, which is the Jehovah Witness publication The Watchtower. It is unknown if DeJesus was protesting 5G. However, the sign appeared to identify neck and voice problems as a result of radio waves.

Manuel Alejandro DeJesus is alleged to have set fire to at least three cell towers in the Jackson County area that were either destroyed or where destruction was attempted, said ATF Agent Jason Denham of the Gulfport field office, according to a complaint obtained by Wireless Estimator.

Charges have not yet been filed in all three sites. However, DeJesus has been charged with one federal count in connection to a fire that was started in Moss Point.

According to an affidavit filed March 22, 2022, in the U.S. Southern District Court in Gulfport, the Moss Point Fire Department responded to a call at 9:29 a.m. on March 2, 2022, about a possible transformer fire behind the Comfort Inn and Cracker Barrel Old Country Store, located on Highway 63 just south of I-10. When they arrived, they discovered that it wasn’t a transformer but was instead a generator inside a fenced in cell tower compound. 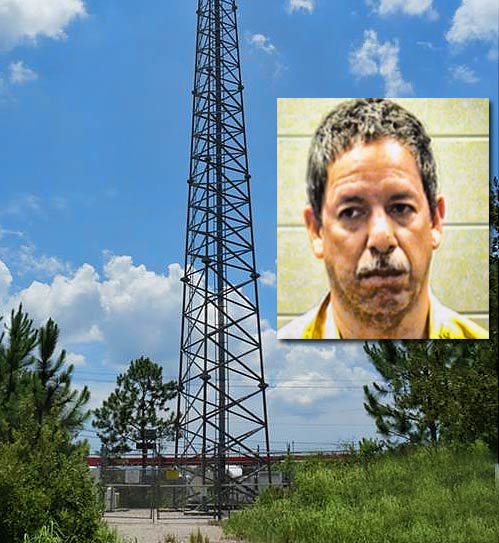 Manuel DeJesus was arrested on March 8 and is facing a federal charge for setting this American Tower site on fire. It is expected that additional charges will be made for other structures that were torched or vandalized.

After the fire was extinguished, it was discovered that someone pulled the power meters and threw them over the fence, removed parts from the generator and intentionally cut numerous wires. Several bottles with rags, some of which had fire damage and some that were not damaged by fire, were placed at different locations throughout the scene, states the affidavit.

Agents from the Gulfport offices of ATF, along with the FBI, responded to the 153-foot self supporting tower site . Wireless and utility company representatives also arrived.

On March 8, with the assistance of the Pascagoula Police Department, authorities executed a search warrant on a 2009 Dodge Ram 1500 registered to Manuel DeJesus. Several items were reportedly found in the truck, including cable/wire cutters and a GPS device. 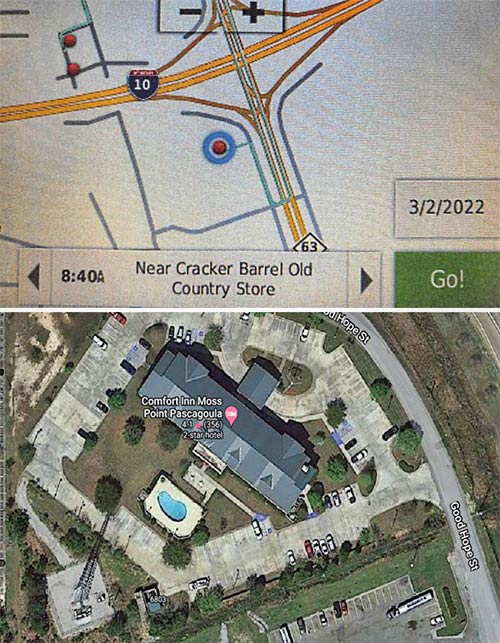 A detective from the Pascagoula Police Department with a search warrant took a screen shot (top) of a GPS device found inside Manuel DeJesus’ truck, showing that he arrived at the tower site on March 2, 2022, at 8:40 a.m. At 9:29 a.m., members from the Moss Point Fire Department responded to a call of a fire at that location.

Although the affidavit did not state how agents were able to obtain a search warrant, it identified that Denham was only presenting enough information to support issuing a criminal complaint.

The GPS device revealed that the truck had traveled to a location near the Cracker Barrel on March 2, arriving at 8:40 am.

DeJesus was arrested and booked into Jackson County Adult Detention Center on March 8. He is charged with maliciously damaging or destroying, or attempting to damage or destroy, by means of fire or an explosive, any building, vehicle, or other real or personal property used in interstate or foreign commerce.

A detention hearing is scheduled for tomorrow.

On  March 21, a Mississippi Crime Laboratory Latent Print Examiner confirmed a latent fingerprint was found on a part of the generator that was removed and thrown over the fence from the tower/fire scene. That print was compared to prints of DeJesus and was a match, according to the affidavit.