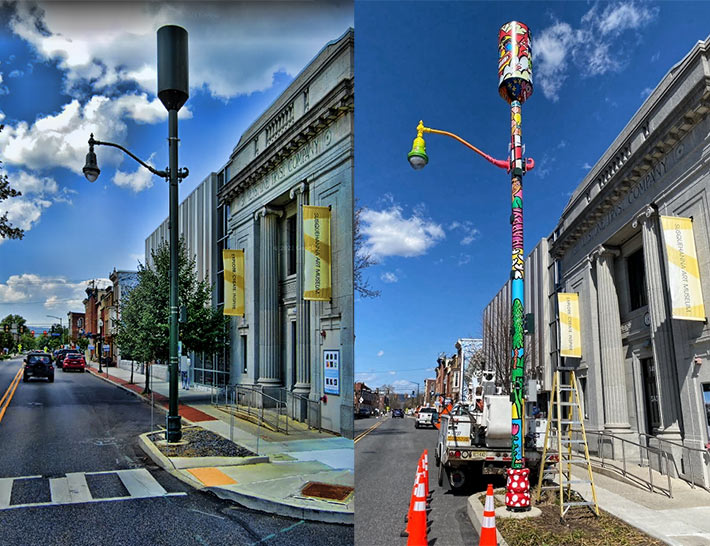 When Verizon Wireless first began installing 5G light poles last March in Harrisburg, Pa., for reliable connectivity for their subscribers, some residents didn’t know that they were telecommunications structures and questioned what was the purpose of the large cylinder at the top? Some neighbors said they believed they might be gunshot detectors. 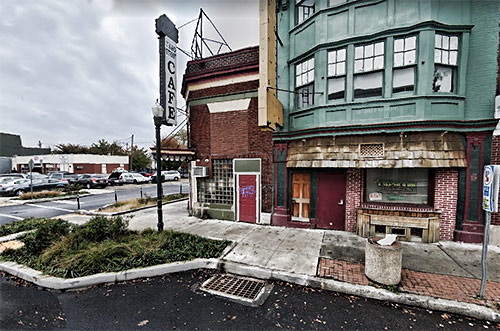 However, as Verizon began to build a projected 100 of them in the Commonwealth’s Capitol, residents became accustomed to the light poles that were available in gray or dark green with teardrop lights, such as one (pictured above) that was erected in front of the Susquehanna Art Museum at 1401 N. 3rd Street.

Although there are two closed bars in deteriorating buildings across the street and an auto repair shop jam-packed with almost two-dozen vehicles out front, some residents complained that the Verizon pole was an eyesore. 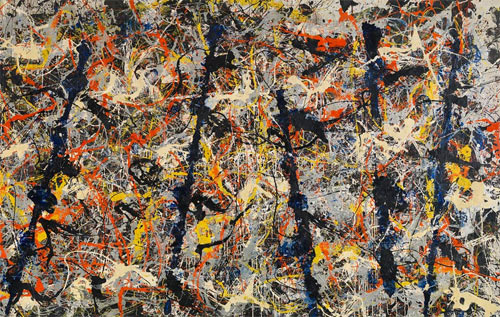 The museum enlisted the support of Verizon and recently wrapped the pole in a “colorful, abstract design.”

Unfortunately, those same residents may not attempt to interpret the pure elements of form, color, line, texture, pattern, composition, and process as they struggle to get a simple app to work.

Verizon said to their knowledge this is the first 5G light pole cell site in the nation that has been turned into artwork.