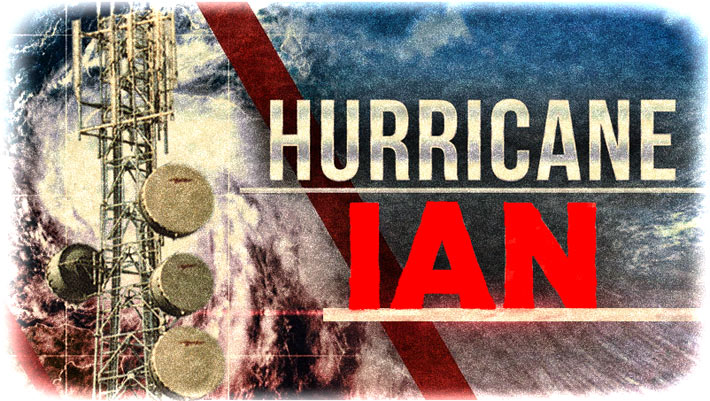 The FCC’s communications status report released yesterday afternoon identifies that Florida’s cell sites weathered Hurricane Ian’s devastating thrashing of Florida. Of the 13,832 total sites, only 188 were out of service, representing a statewide average of 1.4%.

Today’s report is expected to be a crushing comparison as the real outage figures come in. Added in the new outages will be those that were not reported yesterday since carriers have up to two hours to report an outage once it occurs. And today’s totals will likely be considerably lower than tomorrow’s report as carriers report increased outages due to power outages and fuel resupply issues.

Yesterday’s report was a compilation that tallied sites up until 11:19 a.m., not accounting for Ian not making landfall at Cayo Costa Island at 3:05 p.m.

Some hard-hit counties, such as Lee County, saw 89% of their communities’ residents without power. The FCC said yesterday that of Lee County’s 394 cell sites, there were no cell sites out due to power and only one cell site was using temporary power.

A technician whose company is resupplying fuel at cell sites for a major carrier informed Wireless Estimator that they are still waiting for permission to move into affected areas as of 11:00 a.m. today since flooding is a major issue.

Lee County manager Roger Desjarlais, whose county includes Fort Myers, told reporters, “I am sad to tell you that while we don’t know the full extent of the damage to Lee County right now, we are beginning to get a sense that our community has been, in some respects, decimated,” according to the Miami Herald.

Lee County officials said that the lack of cell service is a key concern.

Approximately 7,000 National Guard members, 250 aircraft, 1,600 high-water vehicles, and 300 boats are on hand for hurricane relief, according to Florida Governor Ron DeSantis. Florida also has 100 portable cell towers to deploy in the area.

The amount of water that’s been rising, and will likely continue to rise today even as the storm is passing, is basically a 500-year flooding event, DeSantis said.