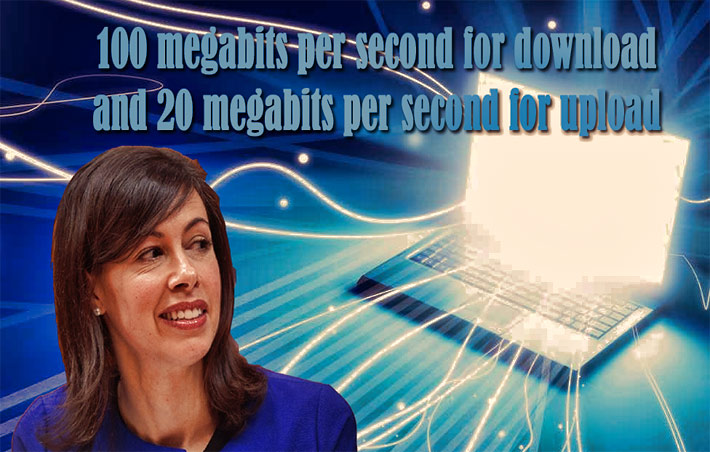 FCC Chairwoman Jessica Rosenworcel has circulated to her Commissioners a Notice of Inquiry that would kick off the agency’s annual evaluation of the state of broadband across the country.  As part of this assessment, Rosenworcel proposed increasing the national standard for minimum broadband speeds and proposed setting a long-term goal for broadband speed.

“The needs of internet users long ago surpassed the FCC’s 25/3 speed metric, especially during a global health pandemic that moved so much of life online,” said Rosenworcel.  “The 25/3 metric isn’t just behind the times, it’s a harmful one because it masks the extent to which low-income neighborhoods and rural communities are being left behind and left offline.  That’s why we need to raise the standard for minimum broadband speeds now and while also aiming even higher for the future, because we need to set big goals if we want everyone everywhere to have a fair shot at 21st century success.”

The Notice of Inquiry proposes to increase the national broadband standard to 100 megabits per second for download and 20 megabits per second for upload, and discusses a range of evidence supporting this standard, including the requirements for new networks funded by the Infrastructure Investment and Jobs Act.  The FCC previously set the broadband standard at 25/3 Mbps in 2015 and has not updated it since.

The Notice of Inquiry proposes to set a separate national goal of 1 Gbps/500 Mbps for the future.  Looking beyond speed, Rosenworcel also proposes that the Commission consider affordability, adoption, availability, and equitable access as part of its determination as to whether broadband is being deployed in a reasonable and timely fashion.