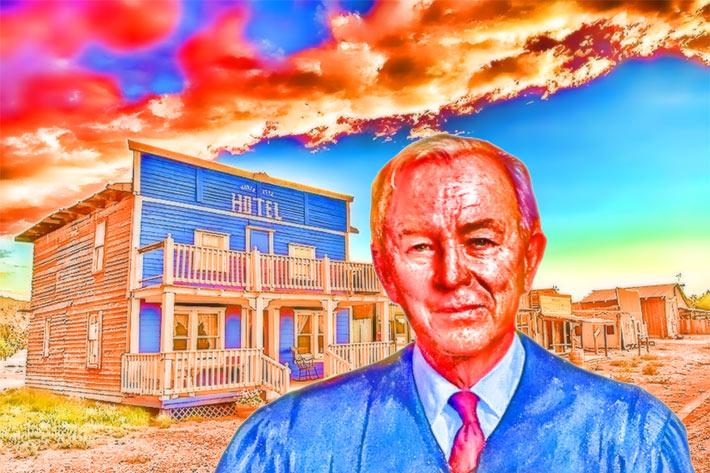 A three-judge panel of the D.C. Federal Appeals Court on Friday rejected a challenge to the FCC’s decision to amend its over-the-the-air reception device (OTARD) rule to remove a commercial use restriction.

The justices stated in their opinion that the FCC had “sufficiently explained that its Order ‘does not change the applicability of the Commission’s radio frequency exposure requirements’ and that such concerns were more appropriately directed at its radiofrequency rulemaking.”

OTARD allows private property owners to place fixed point-to-point antennas supporting wireless service on their property and, for the first time, to extend wireless data/voice services including 5G and satellites, to users on neighboring properties.

The activist group, Children’s Health Defense (CHD), filed a lawsuit against the FCC, challenging the OTARD rule that was adopted on January 7, 2021, stating, “The most insidious aspect of OTARD is that it eliminates all state and local zoning authority over these arrangements. No permit is required, deed and homeowners’ association restrictions or any other state laws are preempted. No notice to neighboring property owners is required. Therefore, people adversely affected will have no right to object or prevent these antennas’ installation, even though they will be involuntarily exposed to harmful radiation.”

“This rule allows a ‘wireless Wild West,’ and will cause irreparable harm to the many who have already become injured by wireless,” said Dafna Tachover, CHD’s 5G and wireless harms project director, in an earlier statement.

In oral arguments last December, a CHD attorney said, “The Communications Act does not grant the Commission the power to issue a license to kill.”

In April 2020, CHD filed a letter with the FCC against the rule. The letter was joined by 15,090 people, of them, 6,231 declared that they and/or their children have become injured by wireless radiation.

Senior Circuit Judge A. Raymond Randolph, in writing the panel’s opinion, said, “Whatever the validity of analyses, their allegations depend on the presence, within the range of a hub or relay antenna, of an individual who is adversely affected by radiofrequency radiation. The upshot is that there necessarily will be circumstances in which the amendment of the Order will have no adverse consequences because no such individual is in the vicinity. Yet in order to succeed in their facial challenge, petitioners had to show that there are no circumstances in which amendment of the regulation would be valid.”

CHD is considering whether to seek a rehearing.