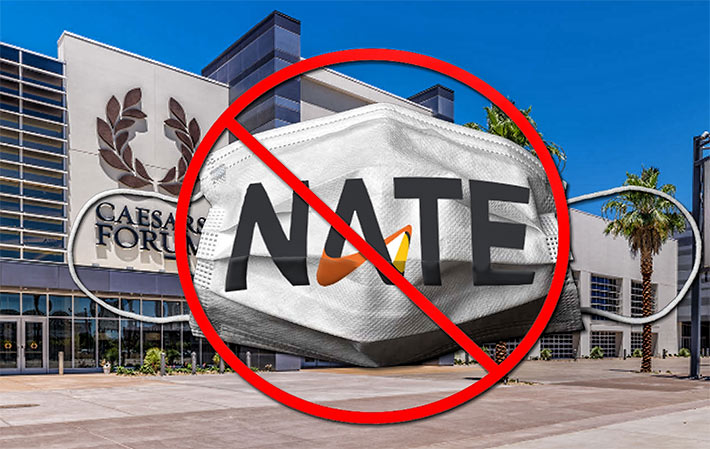 VIVA LAS MASKLESS – Masks will not be required at NATE’s convention next week after Nevada’s Governor said the state will no longer require indoor mask mandates.

The odds are in favor of attendees at NATE UNITE 2022 next week in Las Vegas having an even greater time now that Nevada’s casinos and convention centers no longer require indoor mask mandates.

After Sisolak’s announcement, the Nevada Gaming Control Board quickly followed with an order lifting the face-covering rule for casinos “unless a local jurisdiction still imposes such a requirement.”

According to NATE Chief Operating Officer Paula Nurnberg,  NATE event coordinator Shari Wirkus received word on Saturday that Caesars Forum has lifted their mandate on masks and will only ask guests to wear masks if the group that is hosting an event is requiring it.

Nurnberg said that NATE is not requiring masks, but welcomes attendees to wear them if they are more comfortable in doing so. The pre show planner is available here.

The abrupt end to mask mandates in many states reflects a shifting political landscape. The growing list of states reveals a transition moment in a country where state leaders appear eager to find a new normal.