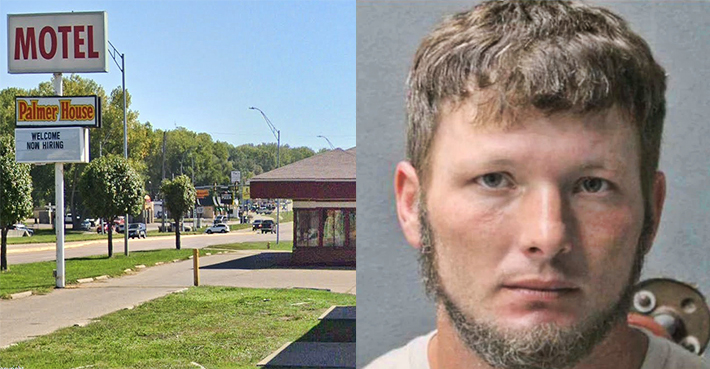 Tower tech Jordan Kaesemeyer will be spending the next five years in prison after killing his brother-in-law during a motel parking lot brawl while they were on the road with an American Tower Solutions crew.

An Oklahoma tower technician has been sentenced to five years in prison for the beating death of his brother-in-law of 12 years in the parking lot of a Sioux City, Iowa motel.

Assault and willful injury counts were dismissed in exchange for his plea.

Sioux City Police stated that the two men were with a tower crew erecting a cell tower in the area and were staying at the Palmer House Motel when they got into a fight.

Morrison refused to seek medical attention and was later found dead on his motel bed.

According to Morrison’s Facebook page, at the time of his death he was employed by American Tower Solutions LLC of Oklahoma.