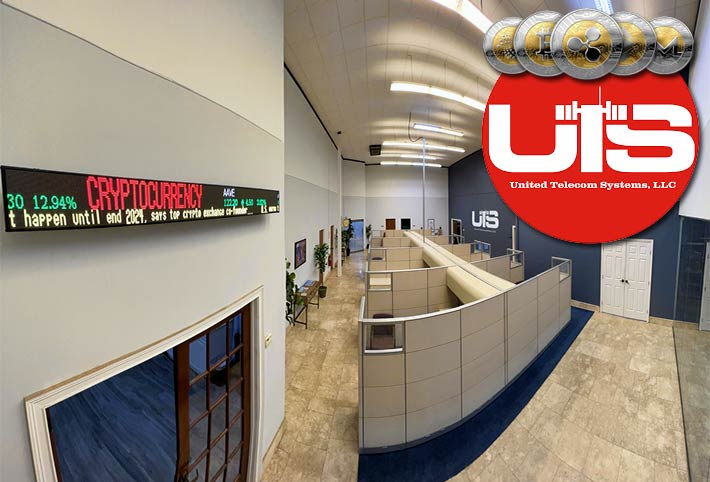 It’s not cryptic for Gen Z adults and millennials; they get it.

Cryptocurrency is gaining popularity throughout the world since traditional savings accounts have an embarrassingly low-interest rate that is being stripped away by the country’s highest inflation rate in the past four decades, and traditional IRAs are suffering due to current global issues.

The telecommunications contractor is the first known industry company to provide its wireless field workforce and office employees free cryptocurrency every month as tokens of their appreciation for assisting in the company’s continued growth.

“We provide medical, vision and dental insurance, very competitive salaries, great employee programs, paid vacations, and holidays, along with other employee incentives,” said UTS President Salvatore Iovino, marking off a memorized list of some of the benefits the company offers during an interview with Wireless Estimator.

“However, since we’re not a publicly-traded company, the only thing we can’t provide is stock options,” said Iovino.

He said providing monthly benefits of crypto tokens has filled that void, and his team members are appreciative of becoming eligible as they begin their career with the family-oriented company that has 18 crews.

“In fact, at the suggestion of one our employees, we’ve put a live rolling crypto ticker in our new corporate office as a reminder of the value of their investment and our investment in their future,” said Iovino who has been in the industry for over 20 years and is known for actively seeking out change, rather than waiting to adapt to it. 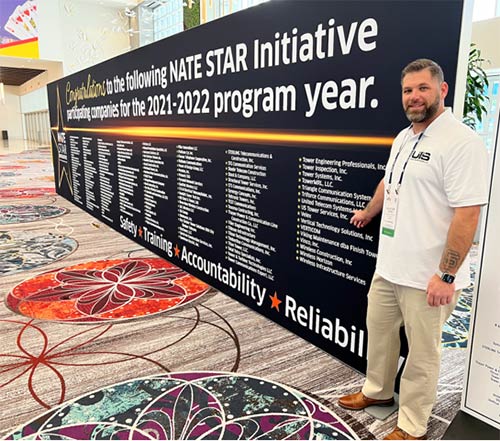 United Telecom Systems President Salvatore Iovino at the recent NATE UNITE 2022 conference proudly identifying that his company is a member of the association’s STAR Initiative.

Iovino said that UTS provides XRP cryptocurrency as its incentive for long-term employees. He said it is ranked #6 on the market out of 7,000 different cryptocurrencies.

Although he’s bullish on cryptocurrencies, especially since XRP saw a marked increase in the past month, he will acknowledge that appreciation can’t be guaranteed.

“However, stock incentives aren’t a sure thing either,” said Iovino. “As an example, a wireless company went public last month at $10.00 a share. I believe today it’s somewhere around $2.50. During that same period, XRP gained 18%.”

According to a survey by IRA rollover service Capitalize, 56% of Gen Z adults and 54% of millennials say they include cryptocurrency as part of their retirement  strategy.

UTS is a general contractor in Georgia, Tennessee, and North Carolina and is soon to be licensed in Alabama and Florida.

He noted that UTS prides itself on having team members without drug issues, another benefit that has elevated company morale.

“Attitude is everything, and experience is so very important, along with safe working adherence,” he said. “We’re anxious to train but welcome those individuals with experience.”

Iovino, who began his career in 2002 as a tower lead and has held various positions in the field and in carrier management,  said that he is a proponent of getting his workforce NWSA (National Wireless Safety Alliance) certified and provides the training to do so.

“All of our foremen are NWSA certified, and our near-term goal is to have crews with at least 75% certification on the job site. In fact, we’re more likely to hire an individual who is already NWSA certified,” Iovino said.