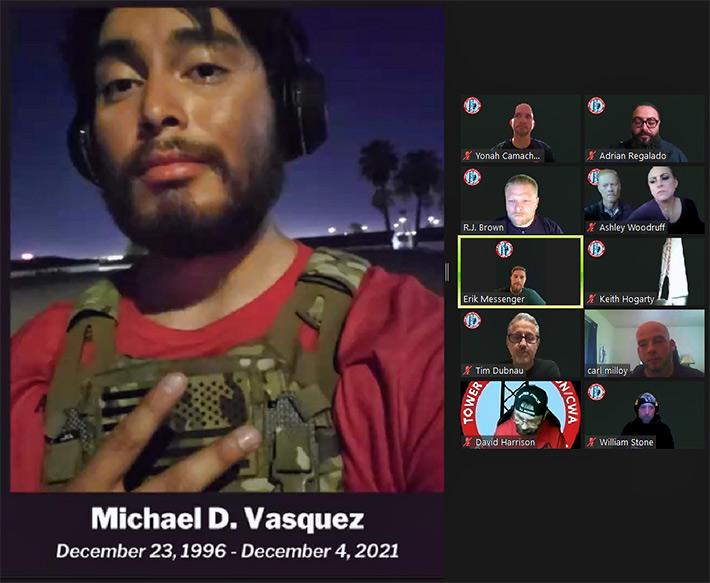 A moment of silence during Sunday’s town hall meeting was held in remembrance of Michael Vasquez, a tower tech who died last December in a fall. He was employed by Broken Arrow Communications, a leading tower contractor that was acquired by QualTek in August. Four months after his death, Vasquez’s co-workers filed for a union election to be admitted to the CWA.

Last month, 11 employees of QualTek’s Nevada location filed a petition with the National Labor Relations Board (NLRF) for a union election for admittance to the Communications Workers of America (CWA) union, the first-ever company to ask for representation.

During a Tower Climbers Union/CWA national town hall yesterday that took advantage of many wireless workers being off on Sunday afternoon, the one and one-half hour Zoom meeting may have generated additional interest from workers, such as one Pennsylvania tower tech who chatted during the call with: “We have a growing following within our company.”

The meeting, which had hundreds of people sign up for it, was presented to share the CWA’s vision for the future and developments in their efforts to improve conditions and standards in the wireless industry. 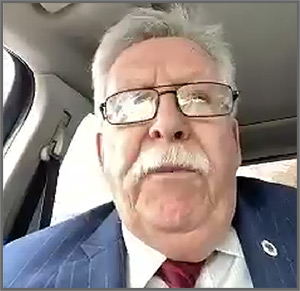 CWA President Chris Shelton set the tone and rallying cry of the meeting, stating, “We’re trying to beat employers who really care nothing about you. And that might even be the company you work for, you know, the big guys, Verizon, AT&T, T-Mobile.”

“Everybody knows they’re going to squeeze the companies you work for and therefore you. We have to get as many people as we can to fight the good fight to make sure these companies understand that they have to give you the respect that you deserve in a job that’s very hard to do, very difficult to do that you have to know quite a bit to do.”

“We need you to get ready to fight because the only way you get anything is to fight for it. I know that all of you are ready to do that, and I know that we can help improve your lives by forming a union here and by going out after some of these employers and kicking their ass when we have to,” Shelton urged attendees.

“And at CWA we have an absolute, absolute proven thing. When we fight, we win. And brothers and sisters, in this industry, we’re going to fight, and we’re going to win.”

Safety and work life balance issues were discussed by panelists who have been meeting for weeks to identify best practices.

However, it was emphasized that each collective bargaining effort would be different, and although the CWA would like to discuss pensions, work hours and other issues, those benefits would be addressed at a future date.

“Squeezed” was the most popular word of the afternoon as workers joined in a full-frontal attack against turfing contractors who have been known to take 40% to 50% right off the top.

Matrix pricing, a frequent concern of NATE: The Communications Infrastructure Contractors Association,  was singled out as detrimental to the industry and should be increased or “eliminated”.

Drugs and alcohol issues were recurrent topics that had the potential to be mitigated through a strong union, although speakers didn’t identify how that would be accomplished.

CWA says  workers will get more while companies stay afloat

He said “the workers will get more, but it will not put the company out of business”.

When representing Verizon, AT&T, and other public company workers, CWA will identify quarterly corporate profits and insist that workers should benefit from their efforts that provided increased earnings.

It is unknown how the Tower Climbers Union will assess smaller contractors’ profits as many of them barely survive with untenable matrix pricing and inflation chiseling away at minimal margins.

On the surface it would appear that the CWA’s backing of the QualTek petition makes sense since their workers will be able to bring the company to the negotiating table to share in the seemingly profitable company, one of the largest wireless contractors in America with over 5,000 workers that had reported $612 million in revenue for 2021.

But QualTek isn’t close to being one of CWA’s profitable posterchild carriers.

Although they’ve had a healthy increase in their backlog, according to their Q4 and annual 2021 financial results, in 2020, it appears that they lost $98 million, and in 2021, $110 million – $81 million of it in the last three months of the year – and their long-term debt went up another $31 million in one year.