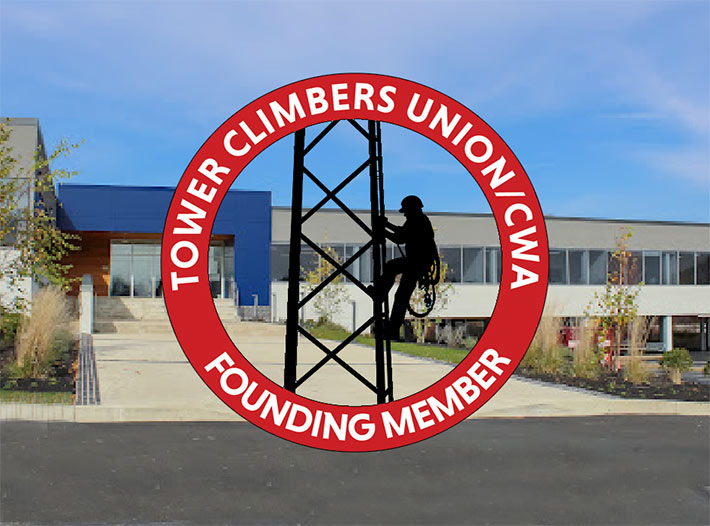 Approximately 12 QualTek tower technicians are the first group of tower climbers in the United States who have filed for union representation in Henderson, NV. If they’re successful in their efforts, it’s likely they will try to unionize the Pennsylvania-based company’s other construction offices throughout the country.  The results of the election will be closely watched  by the mostly non-union industry workers and executives. The union is presently promoting founding members.

QualTek tower technicians in the company’s Nevada office have filed a petition with the National Labor Relations Board (NLRB) for a union election for admittance to the Communications Workers of America (CWA) union.

The news was announced on CWA’s Facebook page on Friday, stating: “Breaking! Tower climbers at QualTek in Las Vegas just filed for their election to join CWA! This is a big step toward tower climbers winning a union and having a real voice in the industry. Tower climbers united have real power.”

A spokesperson for QualTek, one of the largest wireless contractors in America, informed Wireless Estimator yesterday that they would not be providing answers to several questions regarding the announcement.

According to multiple sources, the tower climbers that will be represented by the CWA if there is an election, are approximately 12, possibily less.

In a press statement this afternoon, the CWA said, an “overwhelming majority” of wireless tower climbers at QualTek are supporting the petition for union representation.

For the NLRB to have jurisdiction, the organizers had to show support for the petition from at least 30% of eligible employees.

NLRB agents will now seek an election agreement between QualTek, the CWA, and other parties, and then they’ll set the conditions for the vote, including who is eligible to vote and the date.

“We call upon QualTek management to work with the Tower Climbers Union/CWA (TCU/CWA) to negotiate a fair contract for tower climbers,” said CWA President Chris Shelton. “These workers put their lives at risk every day to maintain the wireless network for AT&T, Verizon, and T-Mobile. There is a growing movement among tower climbers across the country, and as hundreds of tower climbers join together in our union, we are building power on the job to raise wages, benefits and ensure a safer workplace.”

The QualTek office is located in Henderson, where Albuquerque, NM-based Broken Arrow Communications (BACOM) had a regional office. BACOM was acquired by QualTek last August.

If the CWA is successful in Henderson, it’s likely they will target Qual-Tek’s national footprint of over 80 operation centers. The company has a workforce of over 5,000 people and voluntary recognition of the union is highly unlikely, according to two QualTek employees.

Industry observers speculate that if QualTek did recognize the CWA in all of their locations, they could get the lion’s share of the nation’s wireless infrastructure funding since the Biden administration wants the work to be given to union workers.

Also, the CWA would be a staunch ally to ensure that it happened since Shelton is a key influencer with Department of Labor and other agency officials.

However, QualTek must also be competitive with their carrier builds and other clients that might not be able to accommodate increased pricing that would be necessary to pay for collective bargaining agreements. 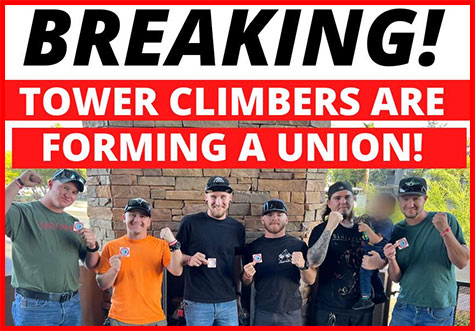 Organized labor’s influence in Nevada is strong and the unions have a powerful authority over state politics. However, Nevada is a right-to-work state that identifies that employees may not be required to join a union or pay dues as a condition of employment.

The TCU/CWA on their website, states: “…employers may not respond to a union organizing drive by threatening, interrogating, or spying on pro-union employees, or by promising benefits if they forget about the union.”

Nonetheless,  there are many strategies  that employers can use to minimize the likelihood that a union would be accepted by employees, such as offering fair and consistent polices and practices, open management policies and most importantly, competitive pay and benefits.

Most labor attorneys will argue that to inhibit unionization at other offices if a company closed one location that petitioned to unionize in order to make a statement to all of its employees, would be deemed to be unlawful. 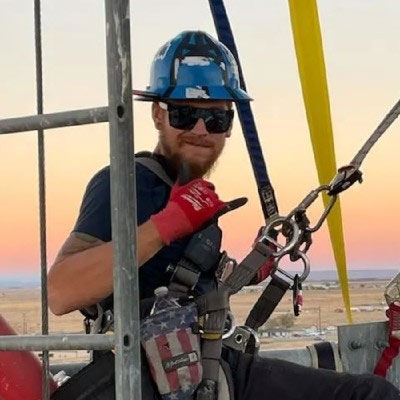 QualTek foreman Erik Messinger believes that he and other workers deserve more than what they have been receiving for many years. Messinger has been working in the industry for five years, according to his LinkedIn page.

“The entire communications industry and its customers depend on tower climbers, and we deserve more than what we have been receiving for many years,” said Erik Messenger, a QualTek foreman and member of the new union initiative. “That’s why my co-workers and I at QualTek voted to join the Tower Climbers Union/CWA. Our union is just a start. Thousands of tower climbers are ready to rise up and band together. We are excited and proud to be part of this movement for better working conditions and improved safety.”

Wireless Estimator was aware of the CWA’s attempts to unionize wireless contractors’ technicians late last year. At the time, one contractor said, ““If I had to pay union wages, I would have to close the doors. Here’s the problem. Even if you were able to become a union shop, before the companies adjusted their agreement to start paying union wages, the lag would put you out of business.”

In 2015, tower technician Bryce Mallory championed the need for a union but was unsuccessful in his efforts, possibly because he didn’t have the strong backing of the CWA or other unions.

Wireless Estimator will provide updates when they become available.