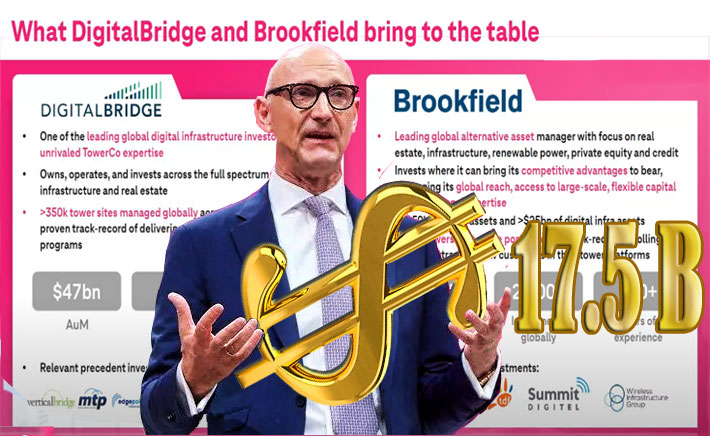 During a press conference this morning that can be viewed below, Deutsche Telekom CEO Timotheus Hoettges outlined what DigitalBridge and Brookfield brought to the table other than $17.5 B.

DigitalBridge Group, Inc. announced this morning that together with Brookfield Infrastructure and its institutional partners the companies have reached an agreement to acquire a 51% ownership stake in Deutsche Telekom-owned GD Towers. The transaction values GD $17.5 billion, including the assumption of net debt.

GD Towers is led by an independent management team with decades of European tower company experience and a track record of delivering consistent growth and stable cash flows. GD Towers’ high-quality portfolio is supported by an anchor tenancy agreement with Deutsche Telecom, which will retain a minority 49% ownership stake in GD Towers following this transaction.

“The partnership being formed today is about building the next generation digital infrastructure champion of Europe,” said Marc Ganzi, CEO of DigitalBridge in a statement. “The combination of Deutsche Telekom’s leading mobile network and market position, alongside one of the largest real asset managers in the world in Brookfield, combined with the digital infrastructure domain expertise of DigitalBridge, creates a team of unmatched capabilities to support GD Towers as it grows to meet the evolving network demands of enterprises and consumers across Europe.” 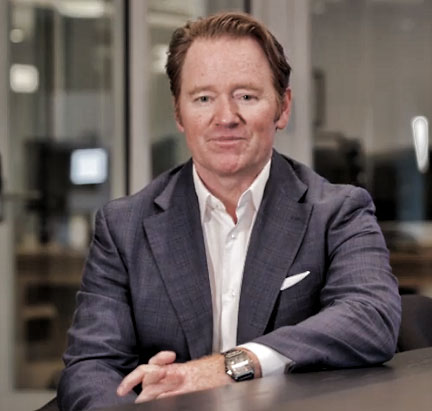 During the press conference, Ganzi added, “We’re excited about the significant opportunities ahead. Demand for wireless infrastructure continues to grow across Europe. We see strong organic growth, driven by the strong growing demand for mobile data, connectivity and coverage, along with ongoing 5G rollouts. Moreover, across Europe and around the world digital infrastructure companies and towercos are consolidating. In this evolving landscape, GD Towers, through this partnership is sure to be a platform for future consolidation.”

The transaction is expected to close in late 2022, subject to regulatory approvals and other customary closing conditions.

The sale is set to rank as one of the largest European infrastructure deals this year, according to data compiled by Bloomberg.

Canada-based Brookfield tied up with DigitalBridge after its previous partner, Cellnex Telecom SA, dropped out of the race.

DigitalBridge had reportedly been looking to provide a proposal without any investment partnership.

American Tower Corp. had also been seen as a contender for GD’s towers.

Earlier this year, according to Reuters, the deal was expected to fetch up to $20 Billion; however, that price didn’t reflect Deutsche Telekom receiving a minority interest.