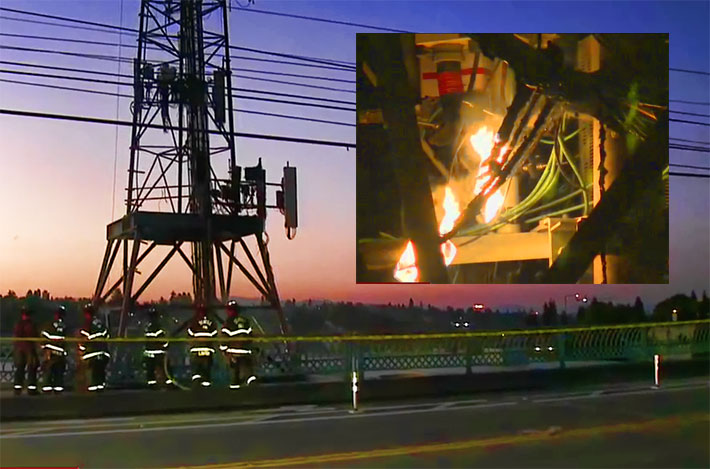 Firefighters were still on the scene at daybreak

A 162-foot self-supporting multi-tenant cell tower became engulfed in flames early this morning in Seattle, WA near the busy intersection of I-90 and I-5 south of downtown in the International District.

According to Seattle Fire Department Chief Geoff Wall, the fire that was reported at 3:00 a.m. was in one place on the tower when firefighters arrived but then changed dramatically.

“The whole thing was lit up like a Christmas tree, all lit up from the top to the bottom,” Wall said.

Seattle Fire Department officials said Seattle City Light shut off electricity for the tower. Firefighters were still on the scene at sunrise.

Although media reports said it was an AT&T tower, the owner, according to the FCC’s database, is Crown Castle Int.

AT&T appears to be one of the multiple tenants.