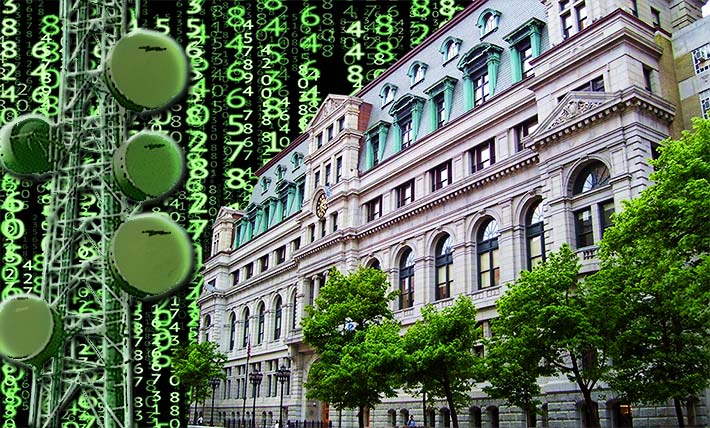 The Massachusetts Supreme Judicial Court ruled that ‘tower dump’ data is admissible and can be used against a criminal defendant at trial. A second warrant by Boston investigators for a ‘tower dump” obtained against an alleged murderer was ruled to have been crafted correctly.

The case arose from seven tower dumps that were obtained covering areas around six robberies including one that resulted in the death of a Boston store clerk in 2018.

From those dumps, investigator created a list of probable suspects that was narrowed down and prosecutors brought charges against one person who had been near the scene of two of the crimes.

Facing charges for six robberies and one homicide, the defendant, Jerron Perry, moved to suppress the evidence, claiming the warrants were unsupported by sufficient probable cause.

In a 52-page opinion, Commonweatlth vs. Jerron Perry, the court said the police acted properly in this case, but only because there was a specific reason to believe that Perry used his phone during the crimes to contact a getaway driver.

The court also ruled that police must get a warrant before securing “tower dumps” that provide location data about multiple people over multiple days—even if each individual “dump” covers just “small increments” of data. The Court also held that warrants for tower dumps can be issued only by judges, not magistrates, and that the warrant must include protocols for the “prompt and permanent disposal of any and all data” that does not fit within the object of the search.

“This is a groundbreaking decision that provides crucial privacy protections for people in Massachusetts. The message is clear: If the police use tower dumps over multiple days to identify someone they believe to have committed crimes, they must first get a warrant, and they must promptly discard any data they acquire from those tower dumps about people other than the target,” said Jessie Rossman, managing attorney at the ACLU of Massachusetts in a statement.