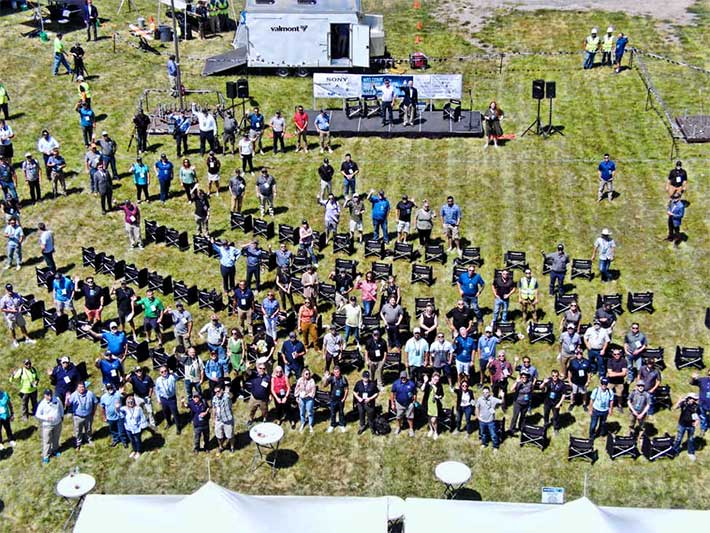 NATE and Valmont’s eye in the sky captured some of the attendees at the inaugural UAS Expo that was held at Valmont’s corporate headquarters’ campus in Valley, Nebraska

As a result of years in the making, the inaugural NATE UAS Expo hosted by Valmont in Valley, Nebraska, last week took to the air. It was a huge success, according to almost 200 people who attended the event.

“At the NATE UAS Committee and TIA Drones Ad Hoc meetings, we’ve been talking about the accuracy, safety, and future use cases of drones for years. This event was the culmination of all those conversations, and it will provide us with the data we need to inform future standards development, give the industry greater context around the current capabilities, and drive adoption of the technology,” said NATE UAS Committee Chairman Sam McGuire. 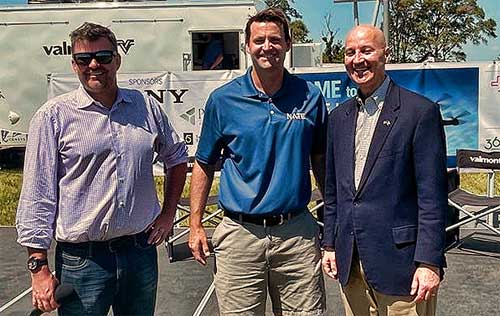 “We saw drone inspection flights from eight different vendors in the market. These teams and their means and methods for data collection and analysis represent years of innovation with a laser focus on building technology specifically for the communications infrastructure industry,” McGuire said.

McGuire also said that attendees saw cutting edge use cases like the Valmont WaterDragon, Teltech, and Verizon’s flying COW collaboration, and even simulated a tower rescue via drone. 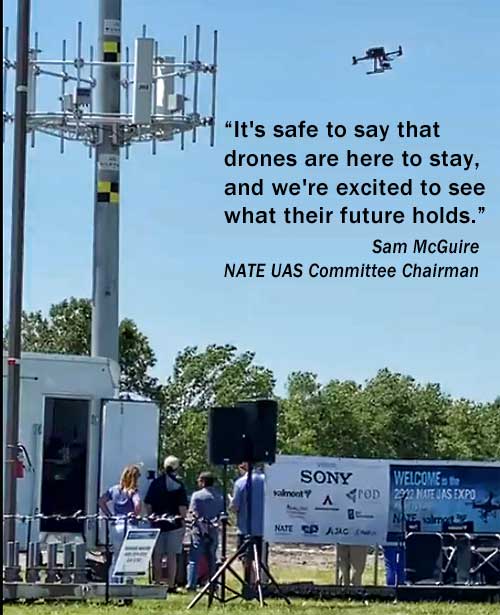 Throughout the day, attendees were joined by industry experts from Valmont, Ericsson, SafetyLMS, Flash, OSHA, and the FAA.

NATE expressed the organization’s thanks to Valmont for rolling out the red carpet to make the UAS Expo a success. They also lauded event sponsors, partners, and exhibitors for supporting and participating in the UAS Expo. A portion of proceeds from the exhibitor participation fees are going to support industry charities Warriors4Wireless and the Tower Family Foundation.

McGuire said, “Now that the expo is over, the real work begins. In a collaboration between the NATE UAS Committee, TIA Drones Ad Hoc, and the Tower Industry Foundation, we will be analyzing results from all of the tower flights and developing a whitepaper to summarize our findings. In addition to driving industry awareness, our goal with the whitepaper is to identify relevant areas for inclusion in the next revision of the TIA 222 Standard. We expect to publish that analysis heading into the fall.”

McGuire pointed out that last year the US tower market conducted over 50,000 drone flights.

“It’s safe to say that drones are here to stay, and we’re excited to see what their future holds,” said McGuire, founder of FieldSync Services located in Denver, Colorado.