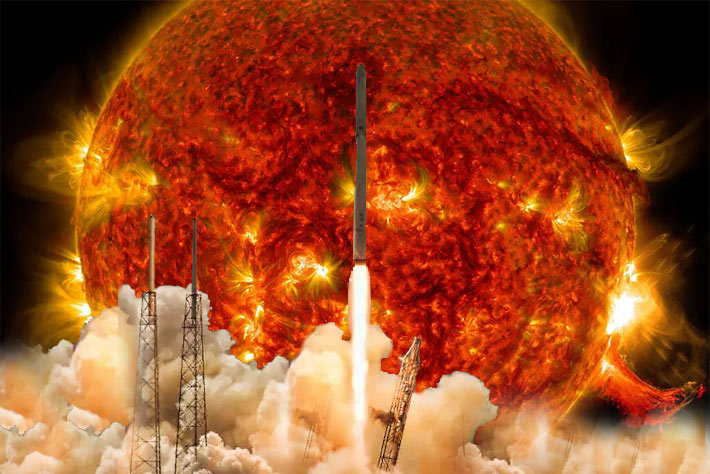 According to SpaceX, during the recent Starlink deployment, “the escalation speed and severity of the storm caused atmospheric drag to increase up to 50 percent higher than during previous launches.

Elon Musk’s SpaceX said it lost up to 40 Starlink satellites that it launched into orbit last week from Florida because of a geomagnetic storm.

The aerospace company sent 49 Starlink satellites into low Earth orbit on Thursday via a Falcon 9 rocket.

About 80% of those satellites were “significantly impacted” by a geomagnetic storm Friday, SpaceX said in a statement Tuesday.

SpaceX said the affected satellites wouldn’t collide with other satellites as they deorbited. There won’t be any orbital debris, and no satellite parts will hit Earth, SpaceX added.

Starlink is expected to be a major source of revenue for the company, with almost 2,000 satellites already launched and functioning in orbit.

Geomagnetic storms are triggered by disturbances between Earth’s magnetic field and charged particles from the sun, known as solar wind, according to the Space Weather Prediction Center.

The speed and intensity of the storm caused the “atmospheric drag” to climb to levels 50% higher than previous launches, SpaceX said in their statement, making it harder for satellites to reach their orbital position.

Amazon and others also have plans to launch satellites in the coming years, elevating fears that these small spacecraft could create more orbital debris.