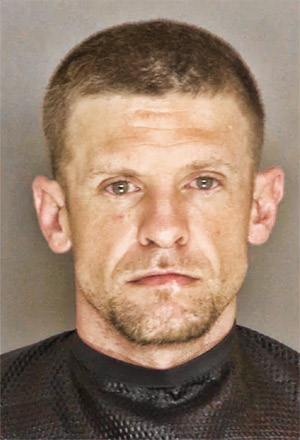 Trent Martin is suspected of stealing copper from nine other tower sites in Sumter County, SC.

A Sumter, SC man was arrested on July 11, 2022, during a traffic stop, Sumpter County Sherriff’s Office (SCSO) officials said in a statement this morning.

Trent Martin was detained because the vehicle he was driving matched the description of a vehicle caught on camera in connection to a theft from a Farmers Telephone Company (FTC) cell site earlier in the morning.

He was charged with Metals / Injury to Real Property, taken to the Sumter County Sheriff’s Office Detention Center and received a $19,625 surety bond.

He was stopped at the entrance to a recycling business where he intended to sell the scrap materials. Investigators say they discovered cut up copper and guy wires in the back of his vehicle.

The SCSO say they believe Martin is connected to the theft of copper from nine other towers in Sumter County.

FTC said that it had serious concerns that if the towers were struck by lightning after the ground wires were removed, it would have resulted in a loss of communications and 911 services, extended downtime of service and hundreds of thousands of dollars in repairs.