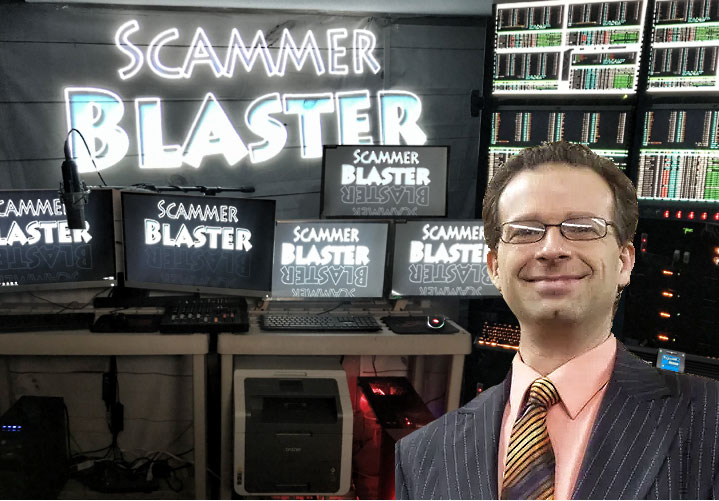 ScammerBlaster, owned by Thomas Dorsher, said it used denial of service tools to rid what it suspected were companies making illegal robocalls. ScammerBlaster accepted donations, but it is unknown if they actually flooded scammers with calls. They claimed they used 19 dedicated 64-core servers that were able to attack a phone system with as much as 3,600 phone calls per second and were “autodialing the snot out of the scammerst at the present time so as to frustrate their efforts.” The FCC alleges that Dorsher’s companies benefited from making nearly 10 million illegal robocalls.

Thomas Dorsher, the CEO of Fargo, ND DigiGames, a manufacturer and software developer of TV games for professionals and event planners that oftentimes used phones to play live trivia games at events, was most likely concerned about scathing reviews from Trustpilot and Yelp that castigated his products and services.

However, he didn’t appear to be troubled about possible FCC action when he decided to game the agency’s Enforcement Bureau (EB) by making almost 10 million robocalls to generate toll-free number dialing fees between January 1, 2021, and March 2, 2021 by another company owned by him, ChariTel Inc., a non-profit organization.

In fact, according to the EB, When one complainant confronted Dorsher’s company about the calls, an individual allegedly responded, “If you think the FCC will do anything, you are very much mistaken.”

It was Dorsher who was mistaken, realizing it when last Thursday he was served with a Notice of Apparent Liability (NAL) with a proposed fine of $116,156,250 for his traffic pumping robocalling scheme. 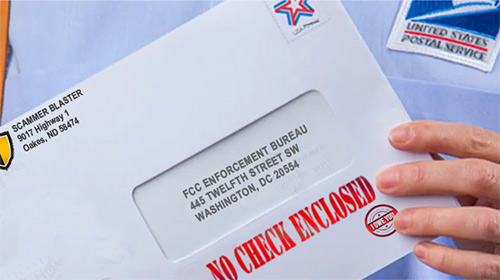 THE CHECK IS NOT IN THE MAIL — Some industry observers believe that criminal enforcement by State Attorneys General would be a greater deterrent to robocallers since the FCC’s proposed fines are generally ignored and never collected.

The message said, in part, “There is a rise in scam calls impacting people around the world. Many of these scammers are directly funding terrorist organizations, and in 2017, 16 billion dollars was scammed from Americans.”

The EB could have easily identified that the majority of the 10 million calls were in violation and fined Dorsher over $56 billion, enough to pay for the FCC’s $4.8 billion ‘rip and replace’ shortfall as well as fund the entire $42 billion broadband Equity, Access and Deployment program.

Primarily because the EB knew it would be an exercise in futility to verify the additional calls since they already knew that it is likely that the $116 million fine will never be paid, and if any compensation is made, it might be a few thousand dollars or less. Or none, as is oftentimes the case when NALs are issued.

In 2019, the Wall Street Journal said that in the previous four years the FCC had fined robocallers $208 million but only collected $6,790.

Dorsher’s companies have marginal assets and if he owns his Oakes, ND home where he resides, it might be heavily mortgaged or it could be prevented from being siezed if it was not purchased through illicit funding.

The detailed NAL was through the efforts of 25 FCC staff personnel.

FCC Chairwoman Jessica Rosenworcel had previously stated, “I only wish that we had a whole-of-government effort to not only announce a big fine but do what is really meaningful—and that’s collect.”

“We have issued many fines just like this one. But after we do, we have to hand them over to our colleagues at the Department and Justice and hope for further action. I like hope. But instead of wishing for the best, I would like the certainty of this agency being able to go to court directly and collect fines against these bad actors—each and every one of them. This will take a change in the law and we need Congress to fix that. But I think this is robocall change worth fighting for,” Rosenworcel said in a statement.

State Attorneys General in 41 states plus the District of Columbia and Guam are working with the FCC through a Memorandum of Understanding to share resources to fight illegal robocalls.